End of the World Museum in Ushuaia

Information about End of the World Museum in Ushuaia: opening hours, how to get there, contact details 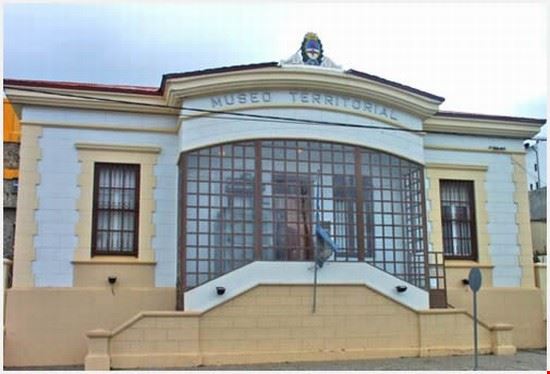 Walking down Pres. Bernardino Rivadavìa Street, when we reach the corner with Av. Maipu we are faced by an old building overlooking the bay: in what was once a bank, now is hosted the End of the World Museum.

This institution originated from a community effort by locals who strived to save their own  past and gathered together in an association which, once officially recognized, managed to create the museum. The aim is to document the history of human colonization of the Tierra del Fuego, starting from its indigenous populations (Yàmanas and Selk'nams mainly) all the way down to present days,  with an exhibition that includes artifacts covering a period  of nearly 8,000 years, from stone and bone tools to the relics of the first european settlers and finally to the early 20th century and the building of the prison.

There is also a naturalist section, showcasing over 180 different species of local bird, the most complete collection of birds living in the Tierra del Fuego.

Reviews End of the World Museum

Do you know Ushuaia? Tell us you opinion!

massimo pazzagli
It's a city to be seen for what it is and for it's surroundings. It's the southernmost city in the more
ReviewLatestSmall-GetPartialView = 0,004003