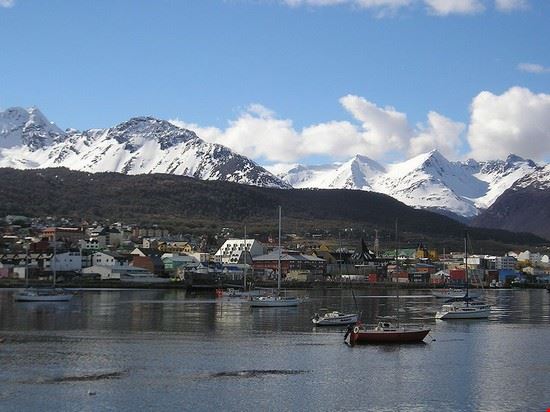 The Yàmana word "ushuaia", from which the town who calls itself the "end of the world" and claims to be the most southernmost in the world gets its name, means exactly "bay facing west": this definitely tells something.  It is this spectacular bay, where the Beagle Canal connects two oceans, that sets the scene for an astounding sight, merging the sea with the glacier that descends from the southern tip of the Andes.

The area is rife with fauna and trips can easily be arranged to see colonies of  penguins, antarctic birds and sea lions just within a short drive from the city itself.  On the other hand one can go up to the glacier, on the Cerro Martial, where a chairlift allows you to ride to the top and enjoy skiing and snowboarding just as easily

Do you know Ushuaia? Tell us you opinion!

massimo pazzagli
It's a city to be seen for what it is and for it's surroundings. It's the southernmost city in the more
ReviewLatestSmall-GetPartialView = 0