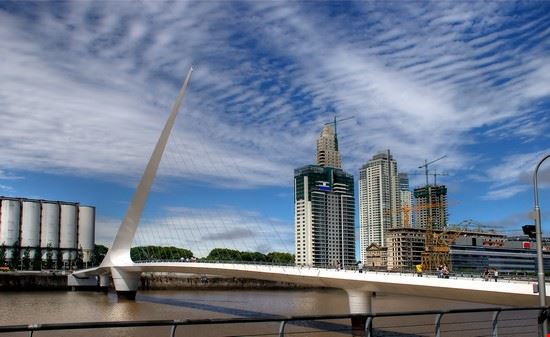 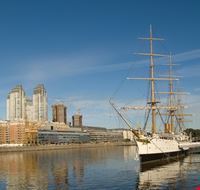 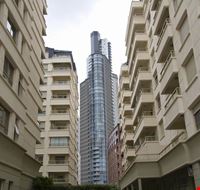 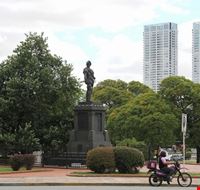 Puerto Madero, earlier used as a warehouse area for the marine docks, has now been converted to become the most popular tourist destination of Buenos Aires.

The entire area is transformed to a flourishing galleria with new restaurants, shopping and entertainment areas.

After enjoying the walk around the marina people can take a break at one of the numerous outdoor cafes and restaurants situated around the Puerto Madero.

The galleria is populated by some of the finest restaurants to be found around Buenos Aires. Apart from the famous restaurants the area also harbours some historic explorations like the Uruguay Corvette ship built in England in around 1877. This ship belonged to the Argentine Navy and was used for several years by the marines.

This ship is now a museum. There is one more important ship moored around the Puerto Madero, the Sarmiento Frigate, which was also part of the Argentine Navy and has covered a distance of around one million miles and has sailed around the world for forty two times.

Do you know Buenos Aires? Tell us you opinion!