×
Notice
This website or its third-party tools use cookies, which are necessary to its functioning and required to achieve the purposes illustrated in the cookie policy.
If you want to know more or withdraw your consent to all or some of the cookies, please refer to the cookie policy.
By closing this banner, scrolling this page, clicking a link or continuing to browse otherwise, you agree to the use of cookies.
To accept | Read more
The whole website**
HeaderMain-GetPartialViewNoCache = 0
HeaderBreadcrumb-GetPartialViewNoCache = 0
AdvValica-GetPartialView = 0 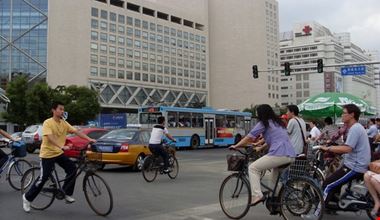 Beijing in fact offers many easy ways to pay big money but for things that will not really enhance your experience here.

Beijing is now seen as a luxury destination, and is priced acordingly. With all the renewal the city undertook for the Olympics. However the old charm and budget fun is still very well present!

The city is great for a budget holiday that's going to be full of culture, cheaps eats and pocket friendly fun!

Many of the tourists attractions are cheaper than you may think: for instance, the beautiful Summer Palace complex is accessible for 10 USD, just to mention one. You can just spend the whole day absorbing Chinese culture.

As in regards to accomodation, hostels are the best choice for a budget trip; there are plenty of cheap, great, fun hostels in Beijing.

For those that are into nightlife also the Houhai Youth Hostel and the Gong Ti International Youth Hostel are in far better position for night-time party people.

If you're feeling adventurous with your Chinese, you can eat fresher and astonishingly cheap meals. You just need to look around and be adventerous.

Bars in Beijing are considered high end venues with high end prices, so...party local style, meaning grabbing a large beer on the street for around 15 cents and perhaps some meat kebabs (Chuan'r) for just 7 cents each.

For a couple of dollars, you can enjoy an evening out with the added bonus of soaking up the local atmosphere!

Getting around in such a big city has its inexpensive ways too; inexpensive transport is not a problem in Beijing, the Subway costs just 2rmb (12-15 cents) for a single trip and taxis will charge you around 4 USD for a 10 km ride. With such affordable transport you'll get to see the sights and spare some money for gifts!

Just because Beijing is becoming more international in the up coming years that doesn't means it sticks to international prices and it's a deal!

Contents in the same destination

Get lost and explore new places

Contents in the same category