The Maheno Wreck in Fraser Island 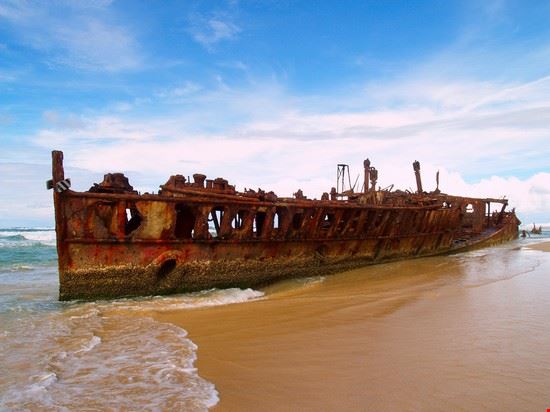 The Maheno Wreck is considered as the most famous of the Fraser Island wrecks which was driven ashore north of Happy Valley. This was during a cyclone which hit in 1935. Maheno was once a well known trans-Tasman liner and was bound for a Japanese wrecking yard when she met the stormy end. At present, the hull lies slowly under the harsh salt environment.

Do you know Fraser Island? Tell us you opinion!