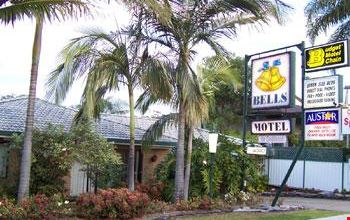 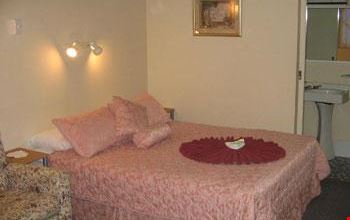 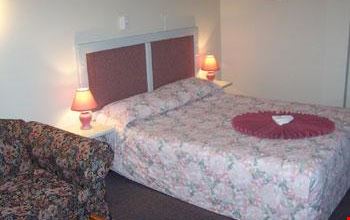 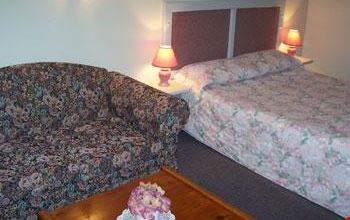 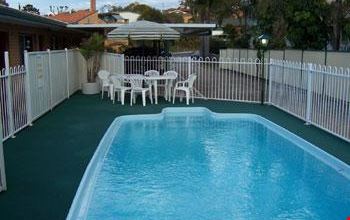 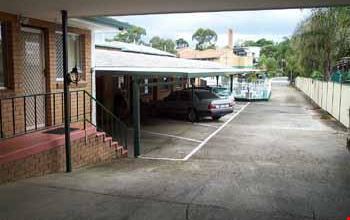 The Bells Motel Coffs Harbour is conveniently located near the popular attractions in the local area, including the beach. The main part of town is located only 500 meters away from the hotel. Guests will also be within walking distance of clubs, shops, a golf course and the cinema. Undercover parking is provided for each of the rooms at the Bells Motel Coffs Harbour. In addition, there is also an off-street parking area located at the rear of the motel that is allocated for caravans, trucks, boats and trailers. The motel can be easily accessed from the local network of roadways. There are 14 units offered at the Bells Motel Coffs Harbour. All rooms at the motel feature spacious windows that open and provide security screens. In-house movies are also offered in all rooms. There are numerous amenities offered at the Bells Motel Coffs Harbour, including an 8 meter pool that is surrounded by a security fence. There is also a gas barbecue at the motel along with a seating area, which guests are encouraged to use during their stay.
HotelDetailTopContainer-GetPartialView = 0,0156267
AdvValica-GetPartialView = 0