City Guide about Medjugorje with tips and reviews by travelers. 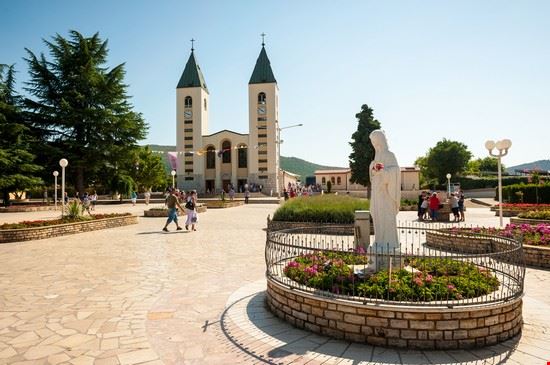 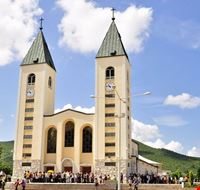 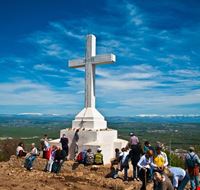 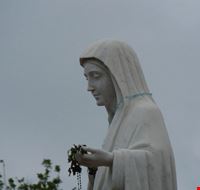 GuidePdfAppDownloadRow-GetPartialView = 0
The tiny traditional village of Medugorje in southern Bosnia Herzegovina has become world-famous as a place of religious pilgrimage.
In 1981 Medugorje had a population of only 400 but since that year this has increased to cater for the many millions of pilgrims who have visited the village over the past decade and a half. What brings so many from every part of the world, from all backgrounds and from all faiths to this small, seemingly insignificant place?
The story begins on Wednesday June 24th. 1981 when two village teenagers claimed to have seen the Gospa or Virgin Mary while near the mountain of Podbrdo.
The following day four of their friends joined them and they also experienced an apparition of the Blessed Virgin, carrying the infant Jesus.
The Virgin has been appearing to the visionaries on a daily basis ever since – there claim to have been well over 6,000 instances to date.
The climate in spring and autumn is best if you want to avoid the summer heat.

Overall Guide : Very nice people not to be missed at least onece or twise to medjugorje in your life you feel love and reel peace in your soul in your hart in your mind you can not discribe it what you recive... more from our mother qeen of peace i know i have been 3times still i wont go for more