City Guide about Rio de Janeiro with tips and reviews by travelers. 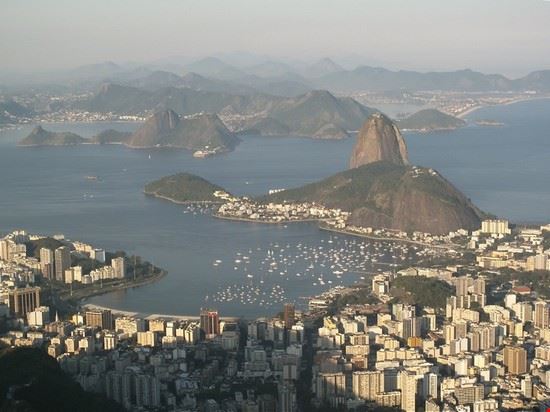 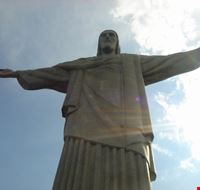 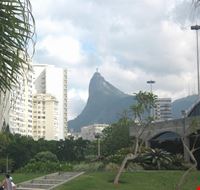 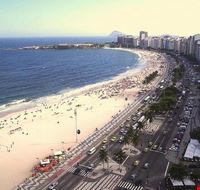 GuidePdfAppDownloadRow-GetPartialView = 0
The first Portuguese explorers that arrived at Guabanara bay were amazed because of its extraordinary beauty. Rio de Janeiro grew up to the sides of the bay, the Marvelous City. Fantasy name to a perfect combination of sea, earth, climate and people.
A nice mixture of the Indian, White and Black cultures, fermented in a magnificent natural scenery. Cosmopolitan city, Brazil’s capital for almost 200 years, Rio de Janeiro is one of the most main culture centers on the country, with a lot of cinemas, theaters, museums, rooms of concert, show houses, art galleries and libraries. Big gastronomical zone, the restaurants on the city offer a lot of options, from international cookery to typical dishes from all Brazilian regions.
Very few cities in the world are able to concentrate, in a very cool way, all the little icons that makes life a party: beach, sun, samba, frozen beer, tasteful food, football, beautiful people, streets with light curves that lead to little tropical forests. Rio de Janeiro is an intense modernity, and it’s also a quotidian meeting with the past. The baroque art found in churches and monasteries, the deco art found in very preserved residential facades, the modernist architecture from 1950’s: all of these elements make Rio a witness of its own history.
Rio is a city that echoes, vibrates. With the sound of surdos, tabors, tambourines and cuicas, that mark the compass of Carnival. With the explosion of a goal in Maracanã stadium, where 170 thousand people support their football teams.
With the roaring of the waves in the rocks and with the colourful crack of fireworks in the Réveillon. Rio pulsates in a permanent celebration to life.

Overall Guide : Thousands of visitors flock to Rio de Janeiro every year to experience its famed culture and nightlife. Rio also has many fine beaches including the famous Ipanema and Copacabana. Nature enthusiasts should definitely make a trip to the Tijuca Forest.... more Visitors should also take a trip to the Sugarloaf Mountain by cable car to obtain a breathtaking view of the city. One of the most famous landmarks in Rio is the gigantic statue of Cristo Redentor. Other popular monuments include the Catedral Metropolitana and Ilha Fiscal.  Rio also has a number of museums where visitors can learn more about the history and culture of this beautiful city. Perhaps the biggest attractions of this city are the Carnival, the New Year parties and other cultural extravaganzas that are held round the year. People from all over the world come to watch the cariocas celebrate these festivals with their unique and colourful parades, dance and music.

Overall Guide : We had such a wonderful time here. The place is so beautiful and the people are so friendly. There is so much to do for anyone willing to explore the area. I must say I was surprised to see that... more everything is so expensive. The food was great and the waiters were fantastic but the meals were at least twice what we would have spent in the States. Nevertheless it is a place that is worth seeing, including the beautiful people all over the beach.
Not to be missed Copacabana Beach , Christ the Redeemer , Sugar Loaf Cable Car

Overall Guide : It's a very big city, full of excesses and contradictions in all directions. It's well worth a visit just for this, but also for the sea and the friendly people. You should go with at least one travelling companion. Don't... more miss the Ipanema and Copacabana beaches and the beautiful view of the city from the Corcovado mountain. Have a good trip!

Overall Guide : We really enjoyed Rio! It's so good, the city is wonderful. But go with much money, it's so expensive everything.
Not to be missed Jardim Botânico and Lagoa , Tijuca National Park , Christ the Redeemer

Overall Guide : As an alternative to hotels, which are too expensive in Rio de Janeiro, I suggest renting an apartment with the Rio Luxury Apartments agency. I rented a fantastic penthouse in Copacabana with 3 double bedrooms. We were pleased with both... more the price and the location of the apartment, as well as the services provided.

Overall Guide : I hate it. It was the worst place i have ever been to...

Overall Guide : this city is amazin