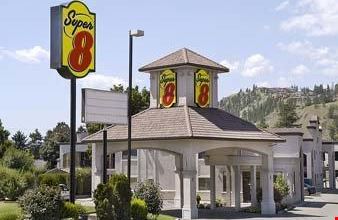 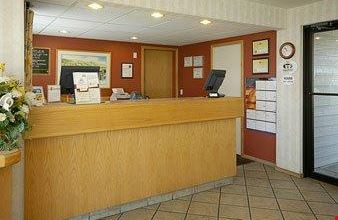 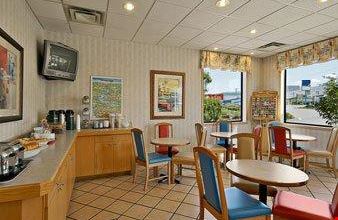 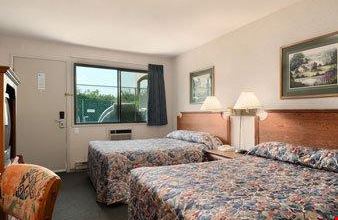 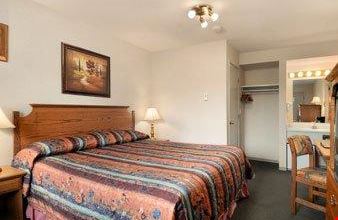 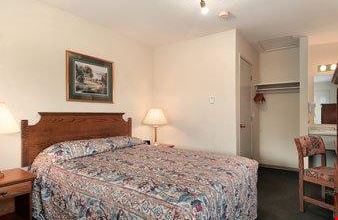 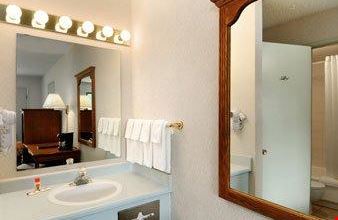 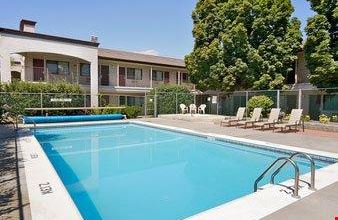 Situated a few miles from the downtown, this Kelowna hotel offers guests easy access to numerous attractions. Within the downtown area guests of the Super 8 Motel Kelowna will find the waterfront and the shopping areas which constitute popular draws. Outside of town there are numerous wineries and ski areas as well as several golf courses. Guests of the Super 8 Motel Kelowna may use the Kelowna International Airport, located about 10 miles from downtown, as a point of entry. Each of the rooms at the Super 8 Motel Kelowna is provided with modern amenities. Cable television service is available and the rooms are equipped with 24-inch televisions. Wireless broadband Internet access is also available. There is a swimming pool which is open seasonally at the Super 8 Motel Kelowna. The facility also has a Continental breakfast available every morning. Guests of the hotel who arrive in their own vehicles will find parking readily available at no charge. This hotel does not allow pets.
HotelDetailTopContainer-GetPartialView = 0,0156249
AdvValica-GetPartialView = 0