Temple of Heaven in Beijing 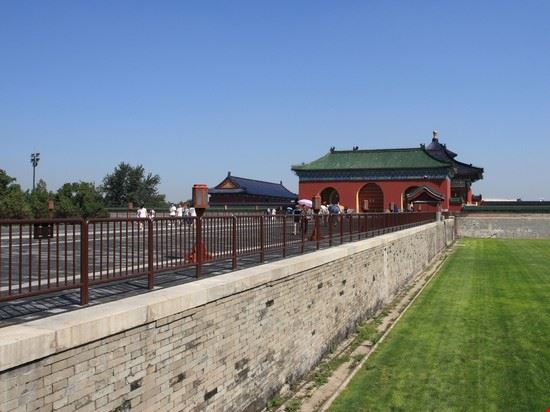 The Temple of Heaven is considered to be one of the most holy temples in Bejing.

The temple was built during the Ming Dynasty in 1420 A.D. The temple is enclosed by a wall; with the northern part, a semicircular construction symbolizesing the heavens, while the southern part is square symbolizing the earth.

The Emperor is said to have visited the temple every winter to worship heaven and solemnly pray for a good harvest. The design of the Temple of Heaven is truly complex and reflects the mystical cosmological laws that are known to the central force of the working of the universe.

Since nine is considered to be the most powerful number, the slabs forming the Circular Altar have been laid in multiples of nine.

Another striking feature is the Hall of Prayer; the interior has twenty-eight columns that are divided into four central pillars and which represent the four seasons. The twelve inner columns depict the months while the outer columns represent the two hour sections that make up a day.