×
Notice
This website or its third-party tools use cookies, which are necessary to its functioning and required to achieve the purposes illustrated in the cookie policy.
If you want to know more or withdraw your consent to all or some of the cookies, please refer to the cookie policy.
By closing this banner, scrolling this page, clicking a link or continuing to browse otherwise, you agree to the use of cookies.
To accept | Read more
Split
The whole website** 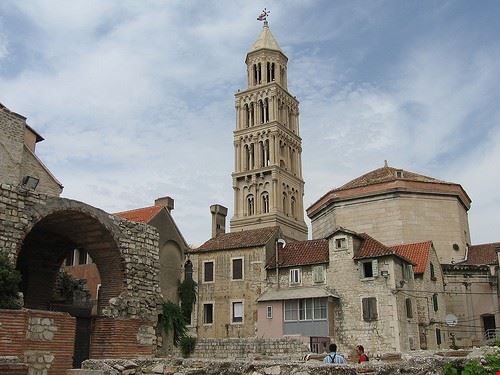 The Diocletian’s Palace is a building which is located in Split in Croatia and built by the Emperor Diocletian at the turn of the fourth century AD. This monument was built by him to prepare for his retirement in 305 AD. This amazing building lies in a bay which is to the south side of the peninsula that runs from the Dalmatian coast and four miles from Salona. At present, this is the most important historic buildings having famous and complete architectural and cultural features to it.

This palace is about 1700+ years old. It's still standing today with cathedrals around it. It has underground tunnels where people used to pray and be in jail. When you climb up the tower, you can see the whole palace... more from one place. You never get that experience where you feel like the king of the palace from just one place, but you do here. It's very beautiful here. You just have to come here and have your own experiences.
AttractionDetailReviewList-GetPartialView = 0,0060051

Do you know Split? Tell us you opinion!