×
Notice
This website or its third-party tools use cookies, which are necessary to its functioning and required to achieve the purposes illustrated in the cookie policy.
If you want to know more or withdraw your consent to all or some of the cookies, please refer to the cookie policy.
By closing this banner, scrolling this page, clicking a link or continuing to browse otherwise, you agree to the use of cookies.
To accept | Read more
Prague
The whole website** 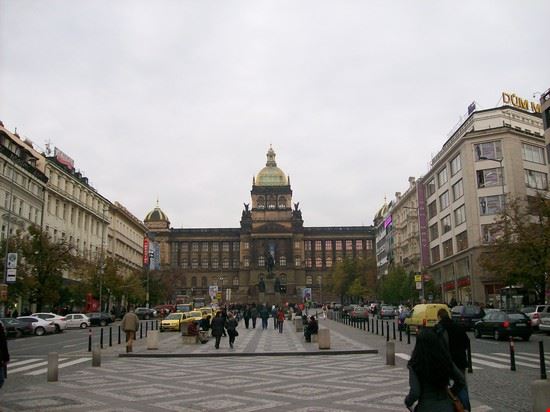 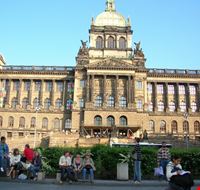 Wenceslas Square is considered as one of the main city squares in the New Town of Prague. It is one of the two main squares in the city. This square is around 750 meters long and 60 meters wide and... more it was laid around 600 years ago. Originally, it was used as the Prague horse market in the Middle Ages. It can easily hold up to 400,000 people. The Statue of St. Wenceslas on his horse crowns the top of the square. The front is marked by two plaques in memory of those killed during the Communists Era. The square is flanked by 2 major landmarks and they are National Museum Building and the statue of Wenceslas.
AttractionDetailReviewList-GetPartialView = 0,0060056

Do you know Prague? Tell us you opinion!

There are several different neighborhoods/parts of the city, each with a very distinct flavor. This city is the most picturesque more
ReviewLatestSmall-GetPartialView = 0,0030025