City Guide about Alexandria with tips and reviews by travelers. 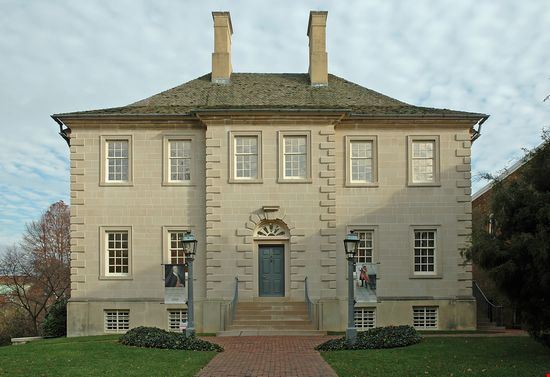 GuidePdfAppDownloadRow-GetPartialView = 0
Alexandria is in northern Egypt and is its second largest city. Also the largest seaport in the region, it has a population of 4 million inhabitants.
A summer resort city, it enjoys temperate climate. Winters average 45F and summers are warmer at 90F.
Founded by Alexander the Great in 331 BC, the city was the capital of Greco - Roman Egypt. Today, because of its natural gas and oil pipelines from the Suez Canal, it is an important industrial centre, as well as a centre of maritime archaeology.
A city draped in history and culture, it is Egypt’s most multi-ethnic city.

Overall Guide : The city will have you spoilt for sites, starting with the famous Library of Alexandria and the Pharos Lighthouse, one of the Seven Wonders of the Ancient World. There are several museums here Museum of Fine Arts; theGreco-Roman Museum,... more with a collection of Greek and Roman coins from the 3rdcentury BC- 7thcentury AD; the Naval Museum, a 15th century site at the ancient lighthouse; and the Cavafy Museum, dedicated to the poet Constantine Cavafy.   Visit the Roman Amphitheatre, Pompey's Pillar, Al-Shatby Necropolis, Antoniades Gardens, The Tombs of Al-Anfushi Catacombs of Kom al-Shoqafa, Mostafa Kamel Graveyard, The Mosque of Mursi Abou Al-Abas, Al-Montazah Palace and Gardens   Unwind at the Mamoura Beach, near the Montazah Palace, or visit Abu Qir, a small fishing town. The Corniche is a glorious 3-km walkway along the harbour dotted with restaurants, the local markets and historic sights. It offers a stunning view of the city.

Overall Guide : We have lived here 6 years and for the most part, the people are friendly, helpful and mean it. Yes there will be some who see $ when they see you just don't be rude while being firm in not... more just giving away your money or personal info. There is far more to see and do then appears on the surface. There is a night life, great cafes, restaurants, clubs along the beaches, just ask expat foreigners when you spot them, Egyptians who speak great Eng. You won't be disappointed. Respect the culture, over look some things and be polite you will have a very memorable visit.
Not to be missed Grecco Roman Museum , Bibliotheca Alexandrina , Roman Amphitheatre

Overall Guide : i have a great experiences in Alexandria with its monuments,delicious local food, coffee in the morning in athineos cafe,delicious Italian pizza in chi gabi restaurant,old souqs(markets in Arabic) and old Greek and Coptic churches. in the end Alexandria is great and... more safe place to visit ABANOUB14@ Hotmail.com
Not to be missed Bibliotheca Alexandrina , Alexandria National Museum , King Farouk Palace

Overall Guide : Very nice city! I Love it so much and hope to go back soon, the view of the sea is amazing with the 10 lanes street make it very beautiful! And transportation, malls, reaustrants are good but beaches are very... more crowded in summer :)
Not to be missed san stefano mall and hotel , monatazah park , stanly bridge

Overall Guide : Alexandria, a place that you will never forget, very nice experience on the Mediterranean sea. marvelous in winter, a bit crowded in summer!

Overall Guide : It's very nice city, special at morning or after 8 pm. Also if you go the north coast around 60 km away. It's very beautiful beach compare with any other in whole world.
Not to be missed visit Montana balace , visit marina , Roman Amphitheatre

Overall Guide : Great city, kind people, very beautiful, my family and friends there, i have many memories in Alexandria

Overall Guide : Alexandria is beautiful ancient city that deserves more concern of its native people and the government.
Not to be missed Roman Amphitheatre , Bibliotheca Alexandrina