×
Notice
This website or its third-party tools use cookies, which are necessary to its functioning and required to achieve the purposes illustrated in the cookie policy.
If you want to know more or withdraw your consent to all or some of the cookies, please refer to the cookie policy.
By closing this banner, scrolling this page, clicking a link or continuing to browse otherwise, you agree to the use of cookies.
To accept | Read more
Cairo
The whole website** 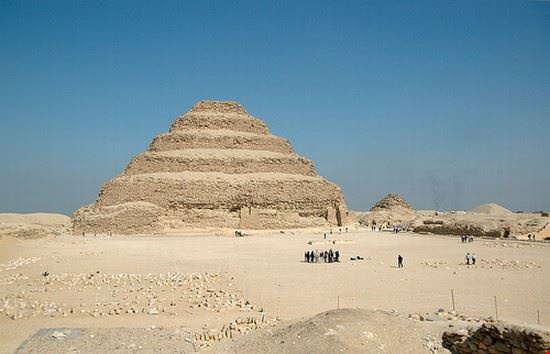 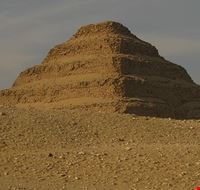 Saqqara (or Sakkara, Saqqarah in Arabic) is a vast, ancient burial ground in Egypt, serving as the cemetery for the Ancient Egyptian capital, Memphis. The ancient city of Mephis is located about 10 miles south of Cario. Saqqara was designated as a World Heritage Site by UNESCO in 1979.

Saqqara features numerous pyramids, including the world famous Step pyramid of Djoser, sometimes referred to as the Step Tomb due to its rectangular base. Thisis also the most photographed  and easily recognizable of the pyramids.

Saqqara is located about  30 km south of modern-day Cairo and covers an area of around 7 by 1.5 km .

T he earliest burials of nobles can be traced back to the First Dynasty, at the north side of the Saqqara plateau

The first royal burials at Saqqara, comprising underground galleries, date to the Second Dynasty. The last Second Dynasty king Khasekhemwy was buried in his tomb at Abydos, but also built a funerary monument at Saqqara consisting of a large rectangular enclosure, known as Gisr el-Mudir. It probably inspired the monumental enclosure wall around the Step Pyramid complex

On a clear day in Giza one can see the Djoser Pyramid in Saqqara. Giza is roughly 10.5 miles north of Saqqara. Besides Pharaoh Djoser, there were 16 other pharaohs that constructed their burial pyramids at Saqqara including :

Contrary to popular belief, the name Saqqara is not derived from the ancient Egyptian funerary god Sokar, but from the Beni Saqqar who are a local Berber tribe. Their name means "Sons of Saqqar."

Getting around! The pyramids are easy enough to walk around, There are also horse and buggies or you can take a camel ride.

Bargain hard before you get on the camel.

Don't take a photo of the camel unless you are prepared to pay.

If you are feeling harassed then grab the  Policeman to help you out.

How to get to the Pyramids:

A taxi from the center of Cairo is probably the easiest way to get to the Pyramids, although mini and micro buses also make frequent trips. An air-conditioned bus also departs regularly from the Midan Tahrir. Also check with your hotel who can help you organize tours.

steph
live here for the past 2 years, Cairo have nice monuments if you are into history like i am,the city more
ReviewLatestSmall-GetPartialView = 0,0040034