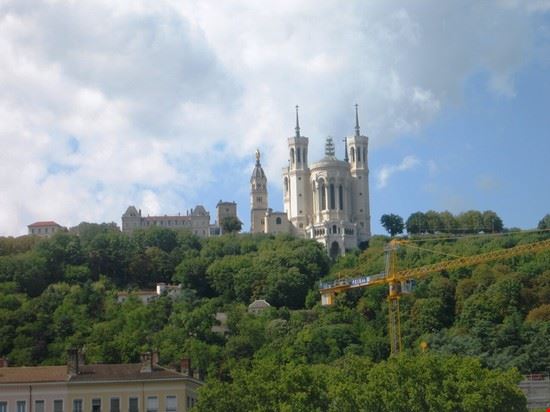 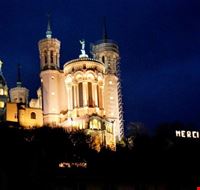 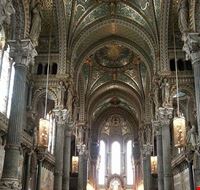 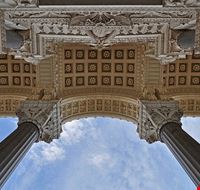 The Basilica of Notre-Dame de Fourvière is at the top of the Fourvière hill, on the site of the ancient Trajan's Forum (the so-called "Forum Vetus," which is the origin of the name of "Fourvière") and is an emblem of the city.

The idea for the church arose in 1870 when the war between France and Prussia broke out: at the request of the people of Lyon, Monsignor Ginoulhiac, on 8 October 1870, prayed to Notre-Dame de Fourvière to prevent the occupation of the city. If the city was spared, in return, the Lyons people would build a church dedicated to the Virgin in Fourvière. Lyon was saved, and so the church was built!

It took twelve years to build this beautiful neo-Gothic style basilica. The interior of the building is made up of mosaics, sculptures and recently added stained glass windows (1964).