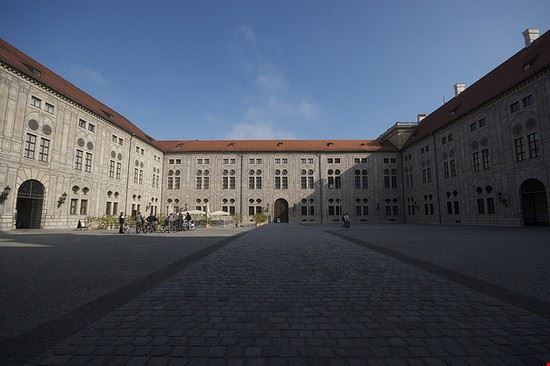 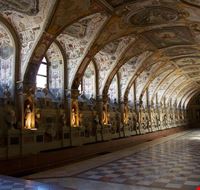 The royal palace of Munich, known as the Residenz, is the building where dukes and kings of Bavaria used to live.
The palace is huge, with 130 rooms open to the public, and hosts inside many interesting elements, such as the splendid Cuvillies-Theater, a true rococo jewel where Mozart's first work was performed, and the treasure chamber, which houses the royal crown and scepter.
The palace has three facades, the oldest of which, has two large doorways framed by four bronze lions which, according to tradition, if touched brings good luck. In the past in fact, the soldiers used to touch them before leaving for a battle. The Residenz also retains an Italian twist, as the other facades were inspired, respectively, by the “Palazzo Pitti” and the “Ospedale degli Innocenti” in Florence .
The show continues outside with the royal garden, which has in the center the temple dedicated to Diana and a series of monumental fountains.
Thanks to all this, the Residenz is presented as one of the largest and most unique palaces in Europe.

The Residenz Royal Palace is the former residence of the Bavarian Wittelsbach kings built in the 14th century and it has been a museum since 1920. The museum was damaged during the World War II bomb raids and has been... more restored to its splendor. This is the most interesting places to visit while visiting Munich. It is a must see monument which is a completely reconstructed palace.
AttractionDetailReviewList-GetPartialView = 0,0156254

simona
It's a sunny city, despite being in Germany. The English gardens are not to be missed! I recommend going to more
ReviewLatestSmall-GetPartialView = 0,0156258