Information about Alte Pinakothek in Munich: opening hours, how to get there, contact details 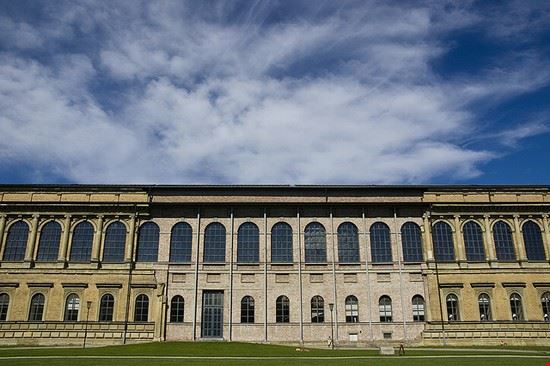 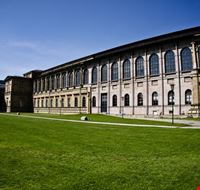 The Alte Pinakothek is one of the most interesting places to visit when you go to Munich. Created to accommodate the numerous paintings of Bavarian culture (at the beginning there were already more than eight thousand), in 1836 it gained its permanent  localization thanks to the work of the famous architect Leo von Klenze, who adapted the building to the kind of art gallery which it had been intended: collections of antiquity and the Renaissance.

A substantial contribution to the collection at the beginning came from Albert V, and it was during his reign that the city reached its peak from the artistic point of view. The Italian historical paintings came to the collection of the gallery thanks to the Savoys, but in addition to this sector, in particular paintings are from the major art centers around the world, such as France and Spain.

The Art Gallery has among its collections the most famous paintings, including:

• Pieter Paul Rubens: Rape of the Daughters of Leucippus (1620);

Alte Pinakothek is one of the world’s oldest art museums in Kunstareal, Munich. This famous art gallery was built in 1826 and housed several European paintings, the oldest being the Wittelsbach collection. Highly modern in its approach towards art, it... more became a model for other new galleries. The museum was highly damaged in the World War II but was restored and opened to public soon after. The collection of around eight hundred paintings enthrals the visitors and consists of Italian, German and Dutch paintings. Visitors can also take a good look at the themed exhibitions which bring out the various facets of European art. The exhibitions include works from contemporary artists as well as the in-house works of art. The museum also offers guided tours, art discussions, seminars, activities and workshops for visitors of all ages to enjoy.Web Site: http://www.pinakothek.de/alte-pinakothek/index_en.php?
AttractionDetailReviewList-GetPartialView = 0