City Guide about Skopelos with tips and reviews by travelers. 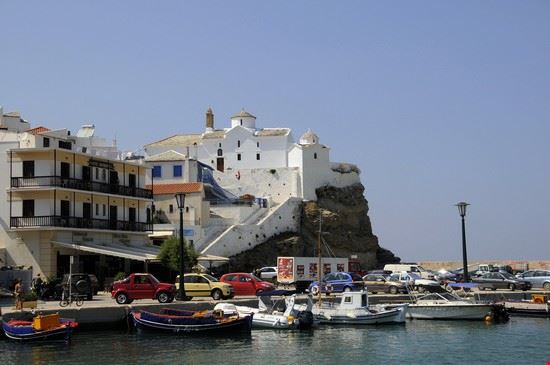 GuidePdfAppDownloadRow-GetPartialView = 0,0156254
Skopelos is a beautiful island and a part of the Sporades group of islands in the Aegean Sea, Greece. The region lies between Skiathos and Alonissos, both of which are tourist places. The region houses a population of about 5,000 inhabitants and attracts thousands of tourists every year. Known for its beautiful beaches, Skopelos is a favoured tourist destination.
The region is typified by a mild climate which is characterised by moderately cool winters and warm, sunny summers. High rainfall is received in this region with meltemia winds being a regular component of the weather.
Originally a Neolithic settlement, the region was earlier named Peparethos. It developed in the late seventh century with agriculture as the base occupation. In recent times, the population has been engaged in tourism, construction and agriculture as the main activities.