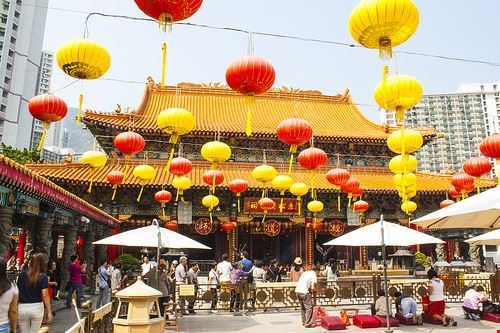 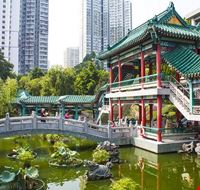 Wong Tai Sin Temple, situated on the south of Lion Rock in Kowloon, is a popular place of worship in Hong Kong. It is dedicated to the great Wong Tai Sin, also known as Wong Chuping.

Wong Chuping, at fifteen, followed Taoism and 40 years later became enlightened. It is believed that people who come here to pray the Kau Cim, a typical form of prayer, are granted what they prayed for.

The Daxiong-baodian, also called the Grand Hall, and the Good Wish Garden in the temple grounds should be visited. There are 3 memorial archways, a common structure in Chinese architecture.

An imitation of the Nine Dragon Wall in Beijing is found here. Weddings are also held in this temple.

Do you know Hong Kong? Tell us you opinion!

The markets were great a lot of fun you can get just about any souvgo to the gold store and more
ReviewLatestSmall-GetPartialView = 0,0156263