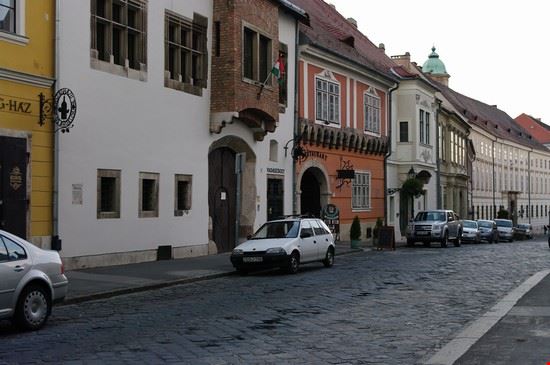 Buda is an area of Hungary’s capital city of Budapest. Located on the West bank of the Danube River, Buda occupies roughly one third of Budapest’s geographic territory, and is mostly a forested area with many hills. The area got its name from Bleda, the ruler of the Hun, which translates to Buda in Hungarian.

Although this is not always the case, in general, Buda is considered to be the area where the city’s wealthier citizens live. The region is home to Buda Castle, the historical castle and palace complex of the Hungarian kings in Budapest. Having been built by the Angevin rulers of the Kingdom of Hungary, over the centuries the castle was repeatedly destroyed and rebuilt. In 1987, Buda Castle was declared part of the Budapest World Heritage Site.

In the 15th century, Buda had a predominately German population, contrast to Pest (just across the Danube), which was a Hungarian city and central economic hub. But after the two cities merged in 1873 to form the Budapest we know today, the Hungarian population soon became the vast majority. Buda is where you should go if you are seeking to explore the beautiful scenery of Budapest.

Streets, Squares and Neighbourhoods near Buda

Cristina Abbiati
I found Budapest to be a really good choice of European capital. In these difficult times, not having to always more
ReviewLatestSmall-GetPartialView = 0