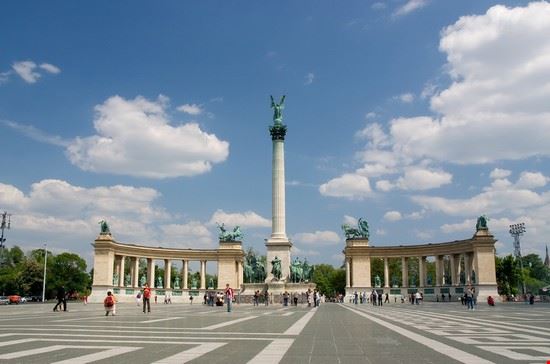 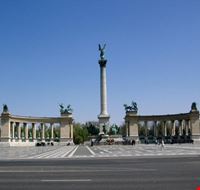 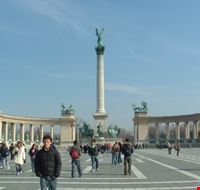 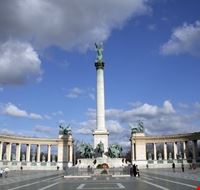 Heroes Square is located in Budapest, Hungary.  It is one of the major squares of Budapest. It is a rich historical place and lies at the end of Andrassy Avenue. Heroes Square is surrounded by two important building namely Museum of Fine Arts on the left and Palace of Art. The central site of the hero's square, as well as a landmark of Budapest, is the Millennium Memorial with statues of the leaders of the seven tribes that founded Hungary in the 9th century and other outstanding figures of Hungarian history. It is also known as Millennium Monument or Millenary Monument.

Hosok Tere is known as Heroes Square is one of the major squares in Budapest. This square lies at the end of Andrassy Avenue and next to City Park. The square is surrounded by two significant buildings, the Palace of... more Art on the right and the Museum of Fine Arts to its left. The central site of the hero’s square is the Millennium Memorial which is also known as Millenary Monument.

The most spectacular square in the capital, sited at the entrance to City Park. Anyone coming up Andrassy Boulevard sees from afar the 36-m-high column in the centre of the Millenium memorial,on top of which is a statue of the... more Archangel Gabriel holding the Hungarian Holy Crown and apostolic double cross.

Cristina Abbiati
I found Budapest to be a really good choice of European capital. In these difficult times, not having to always more
ReviewLatestSmall-GetPartialView = 0