City Guide about Ranchi with tips and reviews by travelers. 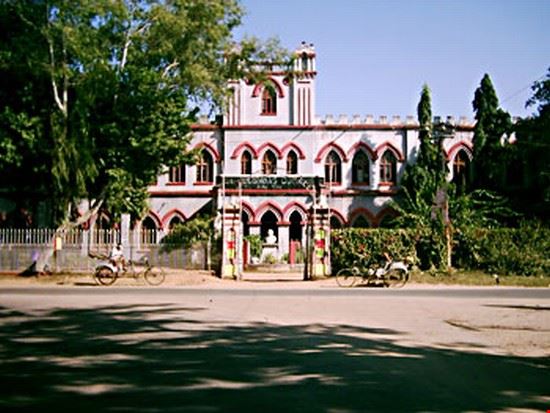 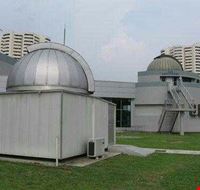 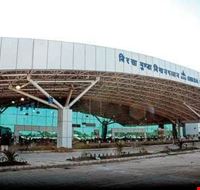 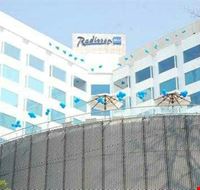 GuidePdfAppDownloadRow-GetPartialView = 0
Ranchi is the capital as well as the largest city of the Indian State of Jharkhand.
It was an important administrative and military base for British during their colonial rule in India.
It is located in the Chota Nagpur Plateau, 2100 ft above sea level. It has been called the ‘City of Waterfalls’ owing to the beautiful waterfalls it has. It also has picturesque lakes and hills.
Ranchi has always had a sub-tropical climate. It is pleasant during summer months and chilly during winters. Rains commence in June and last till September.
The population of Ranchi is 846,454 according to 2001 census.
It is a good mix of cosmopolitan people from all regions of India.

Overall Guide : Jagannathpur Temple : Jagannathpur is a hillock on which the Jagannath Temple is situated, built in 1691. It is 10 kilometres from Ranchi. The temple was built on the model of the Jagannath Temple of Puri. The Tribal Research... more Institute and Museum houses a rare collection of carvings, stone sculptures, terracottas, arms and ethnological objects. Tagore Hill is another must-see when in Ranchi. Ravindra Nath Tagore wrote several scripts and books on the Tagore Hill, therefore the hill is so named. The Baidyanathdham is a well known place for Hindu pilgrimage. It houses the temple of Lord Shiva where innumerable pilgrims come in the Hindu month of Shravan to pay homage. The Hundru Falls is a good picnic spot for tourists and is located 45 kilometres away from Ranchi. River Swarnarekha falling from a height of 320 ft makes it a must see place and worth a visit. The base of the fall has a beautiful pool for bathing. Johna Falls are located near the Purulia highway, 40 kilometres from Ranchi. It is also known as Gautam Dhara and is an ideal picnic spot, a must-visit for all travellers to Ranchi.

Overall Guide : Ranchi is a very beautiful place as its my home town too. It is a place where you will have lots of tours to do. Every 15 you will find a beautiful place which has attractions, for ex. Nakshatra van... more park, jona falls, rock garden, morabadi ground, tagore rock, ramkrishna mission library, panchghagh, ormanji zoo, and palamau wildlife sanctury. Don't miss them!
Not to be missed Rock Garden, kanke road , Water falls , tagore hill very good and cool place for traking, morabadi

Overall Guide : Ranchi is one of the best places in india. It has a very good weather all round the year. But it has not yet developed so much according to its potential. But it has many tourist places like tagore hill,... more pahari mandir, jagannath temple, fun castle, rock garden, water falls and it is also at more than 600 meters above sea leel-a hillstation

Overall Guide : Good place for education and for retired life. Weather is good round the year and with lot of natural beauty around the city. People are friendly. Of course it hasn't developed in accordance to its potential.
Not to be missed Water falls , betla national sanctuary , netarhat

Overall Guide : HI, THIS IS VIKAS PRAJAPATI. I'M BELONGING FROM PATRATU. IT IS A NICE PLACE FOR ME. SO THAT, IN THIS PLACE ARE VERY CREATIVE FOR EDUCATION, AGRICULTURE & IT'S ROMENTIC PLACES I M VERY MISS.

Overall Guide : Its my native place and nice place with all facilities: new branded companies are establishing in this city. It will not take too long to become a metropolitan city and tourist place too.
Not to be missed kfc , pizza hut , dominolds

Overall Guide : Places of picknic spots in Jharkhand where family can visit and picknic can be held by family and friends.. Jharkhand is very nice place i have went one time

Overall Guide : RANCHI IS ANCIANT CAPITAL OF BIHAR, THE CLIMATE OF RANCHI IS VERY COLD IN MID SUMMER AND WHERE AS THE PEOPLE OF RANCHI ARE VERY HONESTY AND SIMPLE LIVING.

Overall Guide : Its a heavn 4 me. I was born here and wish 2 die here only. Yes there are some works still pending but instead of blaming government, we should also contribute some of our duties.
Not to be missed fun castle , Rock Garden, kanke road , pahadi mandir