The Israel Museum in Jerusalem

Information about The Israel Museum in Jerusalem: opening hours, how to get there, contact details 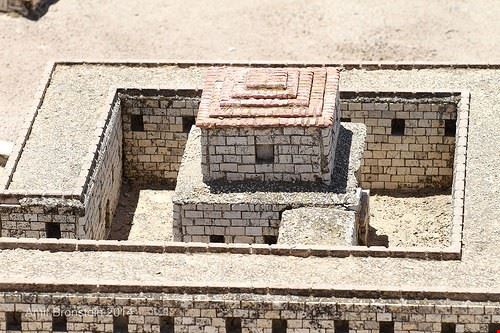 The Israel Museum in Jerusalem is a world class museum which has been influenced by Israeli architecture.
The Shrine of the Book is a well known structure within the museum with an onion shaped roof designed by American architects.
The main attraction of this museum is the Dead Sea Scrolls which were found in 1947. Below the dome is a structure similar to a wooden Torah rod which represents the Great Isaiah Scroll. It is believed to be a thousand years older than the oldest biblical script.
The Judaica Wing has manuscripts from various Jewish communities including those of Italy, Poland and Iran.
The Archeology Wing has a large collection of items and is the largest section of the museum.
There is a gift shop, bookstore, auditorium and a snack bar in the Bronfman Bezalel Complex which is in the main building.
The museum complex also features a landscaped Billy Rose Art Garden and an archaeological garden.

Do you know Jerusalem? Tell us you opinion!

Museums near The Israel Museum

T.vijay Joel
I went as a religious tourist to Israel in a group organized by religious organization. They have arranged all the more
ReviewLatestSmall-GetPartialView = 0