City Guide about Città di Castello with tips and reviews by travelers. 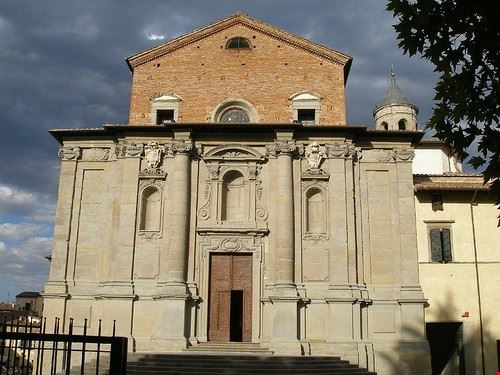 GuidePdfAppDownloadRow-GetPartialView = 0
Citta di Castello is a castle town and also a municipality that is located in the province of Perugia, in the northern division of the Umbria in Italy. The town is situated on the slope of the Apennines, near the plains of the river Tiber and is about 46 km to the north of Perugia and 104 km to the south of Cesena. The population of the city was found to be 39,855 according to the census measure in the year 2007 which indicates that it is a moderately populated region. The total area occupied by the commune extends to about 149.5 square miles. The city is largely built of bricks because the local sandstone erodes very quickly. The monuments here include the medieval Palazzo Comunale and marvelous slender tower. The economy here is majorly dependent on various industries like chemical, textiles, agro based and many more. The much made over cathedral is located here indicating that Christianity is the religion followed by the inhabitants. Geographical research shows that the climate here is pleasant in major parts of the year with mild summers and cool winters.