City Guide about Gallipoli with tips and reviews by travelers. 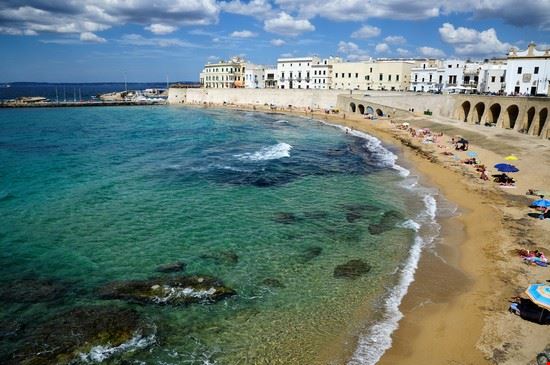 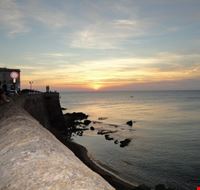 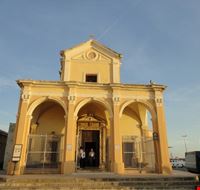 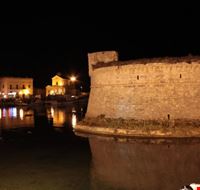 GuidePdfAppDownloadRow-GetPartialView = 0,0156258
The town of Gallipoli is easily divided in two different parts, the modern part and the old city. The modern part houses all the new architecture and modern buildings. The old part of the town is located on a limestone island. This island is linked to the modern part of the town by a bridge that was built in the ancient times. You cross the slender walkway to reach this island-like old town. Climb up the steps and take a round walk, looking down to the sandy beaches dotted by typical umbrella pines. Factually, I came to know that Gallipoli was a city of the Greater Greece and you can visit places or ancient monuments like Angevine-Aragonese Castle, that has 14th century walls that have bravely survived the tides of time .Originally it had 12 towers or bastions, not all have survived .Many churches and cathedral dot Gallipoli, like the Baroque cathedral of Sant'Agata , Church of St. Francis of Paola, Church of Saint Francis of Assisiwhich was built in the 13th century but renovated several times later. Greek Fountain; Palazzo Pirelli; Church of San Pietro dei Samari, outside the city; and Spiaggia la Puritate beach. You can also find the nearest airports as Brindisi and Bari. Gallipoli can be reached from both of them via a modern freeway, the state road 101. By train, it is connected to Lecce by the Ferrovie Sud-Est. In past times the economy of Gallipoli was based on the global wine and oil commerce. Currently its most important activities are based on fishing and tourism. Tourism is pleasant throughout the year, due to the mild climate with many celebrations- civil and religious both. These include the Carnival, Easter and all the parades, the Santa Cristina celebrations that are held in July. Gallipoli also claims a very recently built harbor for private boats, located just steps from the bottom most of the main Corso Roma. The summer season begins in May and comes to an end in October, when the weather is hot throughout, that probably is the best time to visit .For respite from the heat, descend to the Frantoio Ipogeo at Via Antonietta de Pace, one of the numerous olive oil presses that lie underneath the rock below the streets. Oil from Puglia was exported to various parts of Europe from Gallipoli mostly as lamp fuel, long before it became a popular culinary -must-have! People are very fond of football as a sport; the local football team is called the Gallipoli Calcio. A few things totally wondrous about beaches being surrounded by pine forests, and Punta Della Suina is certainly one of these priceless destinations. The sea is calm, soothing and transparent like a mirror … it's not real. It has some fantastic site of historic Gallipoli, and not many people know of its presence. Avoid the lido which is again… expensive and walk until you get a spot that seems to be ones very own – lie down and try to smell the pines trees… it’s amazing. It is one of the few gems of Italy which has not been exploited yet, helping it retain its pristine condition.