City Guide about Perugia with tips and reviews by travelers. 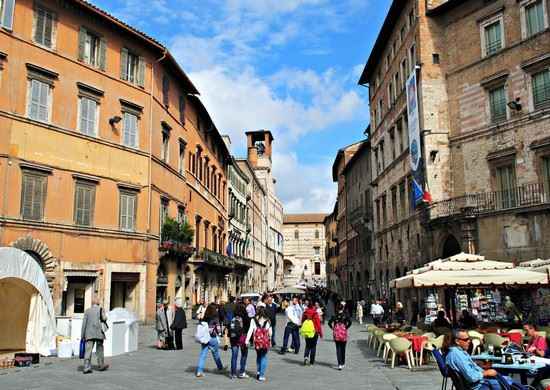 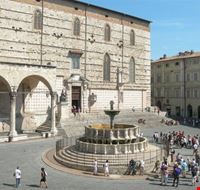 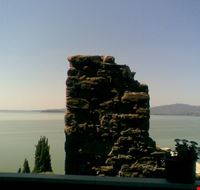 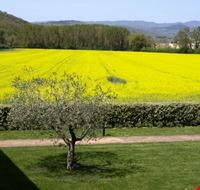 GuidePdfAppDownloadRow-GetPartialView = 0
Perugia is the capital city of the Perugia Province in Umbria, Italy. An important artistic centre of Italy, the town has an approximate populace of 150,000 inhabitants. Famous for its wineries and historic architecture, Perugia is also worth visiting for its scenic landscapes.
Hot, dry summers and cold winters characterise the climate of Perugia which occasionally favours the extremes. Owing to the city being located near the Apennine Mountains, the climate is protected from severe cold.
Once an important Etruscan city, Perugia was initially called Augusta Perusia. It has been the most powerful city of Umbria, and even today, it holds an important position with a developing economy consisting of textiles, leather, ceramics and the chocolate industry.

Overall Guide : The Galleria Nazionale del Umbria is worth visiting for its vast cultural masterpieces like paintings and sculptures by famous artists like Perugino and Di Combio. A major musical event in Europe is the Umbria Jazz Festival. The festival offers various concerts... more which feature the biggest jazz artists and bands like the Coolbone Brass Band. Apart from jazz, the event also highlights other music genres like pop and rock. The San Pietro Church is a breath-taking example of the architectural richness and excellence in art, which the ancient city possessed. The interiors are decorated with granite and marble. Visitors will find sixteenth-century baroque paintings and stunning wooden choir stalls here. Enjoy the delights of chocolate during the Eurochocolate Perugia Festival when the city is transformed into an open-air cake shop. The festival features chocolate exhibitions, banquets, cooking classes and also the Eurochocolate Awards.

Overall Guide : Perugia is a beautiful site to view and a good option to stay away from daily life. City offers lot of good options to spend time with family and friends. There are lots of things for nearly everyone. “Lake Trasimeno... more (Lago Trasimeno)” is overall a good place for fishing, swimming and for water sports as well. This lake is surrounded by ancient architecture and has lot of things nearby to see. It’s also amazing to walk by the banks of it with somebody you love. “Museo-Laboratorio di tessitura a mano Giuditta Brozzetti” is the most interesting place to visit. This place has played a key role by keeping the ancient art alive. Nearly all the things kept in are antique. “Tempio di Sant'Angelo” is a must see circular church. The moment you enter into the church, you will feel pleased. The construction all around the church is ancient and looks great during sunset.
Not to be missed Mi' Cocco restaurant
IntroReviewListContainer-GetPartialView = 0,0312524
AdvValica-GetPartialView = 0
AdvValica-GetPartialView = 0