City Guide about Ricadi with tips and reviews by travelers. 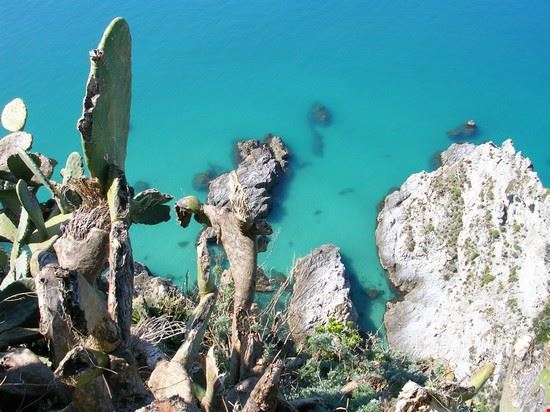 GuidePdfAppDownloadRow-GetPartialView = 0
Over the centuries Ricadi has been taken by Greeks and Normans including a few more. Although according to the legend, it was found at the time of Saracen invasions, for the period of or later in the 10th century.Before becoming was one of the key visitor destinations of the Tyrrhennian Sea, Grotticelle was populated by who lived on fishing and agriculture . For a period of time , Ricadi was subsidiary to the town of Tropea .The Red Onion Festival Celebrated every year on 13th of August situated in La Sagra della Cipolla Rossa. The traditional events is been promoted in Ricadi almost every year. The occasion begins with a variety of games which are been played in Piazza Marconi during a specific period of time carried at the key area of the same village. The traditional ‘Pignata’ competition in which the local contestants are blindfolded and the usage of long wooden gum ropes to crack more than one pignatas in support of the other contestant, as well as terra-cotta pot, which are played balancing a rope from both the edges. Pignatas are at times filled with water which depends on the climate and Natural Habitat. ‘Bumbuleju’ Race is for women of all ages including the visitors from all over world. Contestants start the race from one end of the square area to the other end, they carry terra-cotta pot on their heads without using their hands. The ‘Camejuzzu i Focu’ dance type which is performed at the mid night enjoyed by family and couples visiting for the specific events , this particular even also includes many other playoffs, The origin of the Madonna delle Fonti caves is thought the house at hermit colony which is mostly popular for the natural looking caves . Roughly of which all are ordinary caves but there are still signs of the solitary one who choosed them as a place of refuge and hope, whereas talking about other caves, one might find objects from the Neolithic age. The Madonna delle Fonti cave is one of the several natural caves found, which still bares signs of basilian hermits is beyond doubt worth a visiting at the apartment. At short distance from about Tropea the rocky peninsula of Capo Vaticano is situated in the town of Ricadi, which is on the tip of the attractive cape between the gulfs of Lamezia Terme and Gioia Tauro. The sea color including the transparency is remarkable, and coasts of exceptional glory. Here are some steep rock-strewn spurs which falls to crest from a altitude of over 100 meters, which is exactly behind the hamlet of St. Nicolo , as well as stands a lighthouse, and its distance is visible from 23 miles. Moving ahead where the soft slope is mostly found, which also includes the charm of bay Grotticelle, also the Santa Maria, where typically fishing is seen in the village area. Three bays of Grotticelle, the minute looking caves are the most popular and most suggestive places of the city in Ricadi.