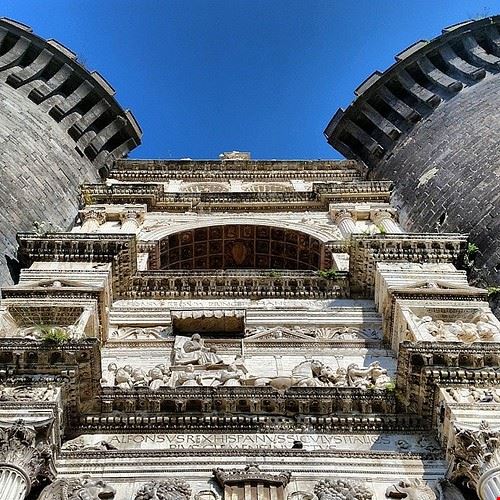 Maschio Angioino, or Castle Nuovo, is a castle in the city of Naples, Italy.

The foundation of the castle was laid in the thirteenth century; it was called ‘Nuovo’ so that it could be distinct from the other castles and was named Maschio Angioino in honour of Charles of Anjou. The Castle has also been the site of many historical events.

One of the finest elements in the castle is the Triumphal Arch, regarded to be among the most spectacular works of the Renaissance honorary architecture. It is a complex structure made up of white columns and decorated with statues.

Also worth visiting are the Palatine Chapel, Civic Museum and Baron’s Hall, all contained within the castle complex.