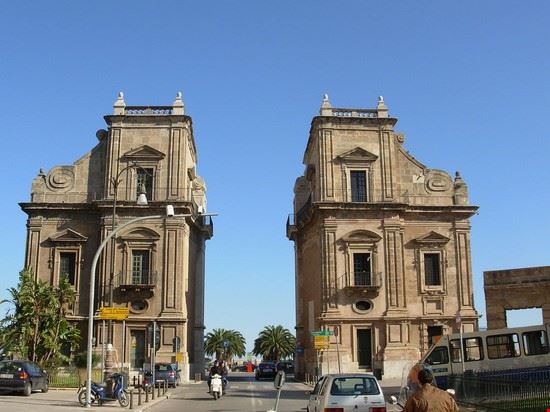 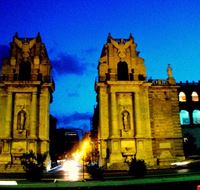 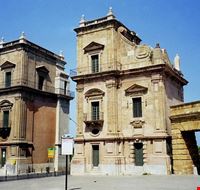 Leaving the sea behind, Porta Felice leads locals and visitors to the Cassaro, now called Corso Vittorio Emanuele, the oldest thoroughfare in the city.

This beautiful monument, consisting of two pillars spaced by the width of the road, was built in honor of Donna Felice Orsini, wife of Marcantonio Colonna, in the second half of the XVI century.

Because it took so long to build Porta Felice, the style of the right pillar (which was destroyed during the Second World War, then faithfully reconstructed) and the left are different, on the side facing the sea. So, from one side the two pillars are similar, but from the other side they do not match.