×
Notice
This website or its third-party tools use cookies, which are necessary to its functioning and required to achieve the purposes illustrated in the cookie policy.
If you want to know more or withdraw your consent to all or some of the cookies, please refer to the cookie policy.
By closing this banner, scrolling this page, clicking a link or continuing to browse otherwise, you agree to the use of cookies.
To accept | Read more
Pisa
The whole website** 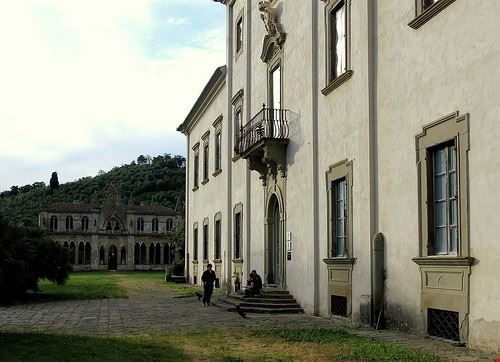 This building is located on Lungarno Galilei and it’s the symbol of one of the most illustrious families of the city in Roman city. The canon Alessandro Lanfranchi wanted its building in 1539: he bought the whole complex and he unified different buildings, creating a structure that expressed the power of the family.

The building underwent several renovations over the centuries. Last works were made between 1976 and 1980 by the Municipality of Pisa, which became the owner of the building in 1952.

Today the building houses the Library of Children, exhibitions and other cultural activities. Since 2003, it houses the Museum of Graphic Arts and Design, and receives equipment installed in the University collection of Prints and Drawings, which is part of the Collection Timpanaro.

Disabled access. Free or paid entrance (it depends on the kind of show).

Pallavi Singh
Pisa is a city located in Central Italy’s Tuscany on the River Arno and is the capital of Province of more
ReviewLatestSmall-GetPartialView = 0,0030026