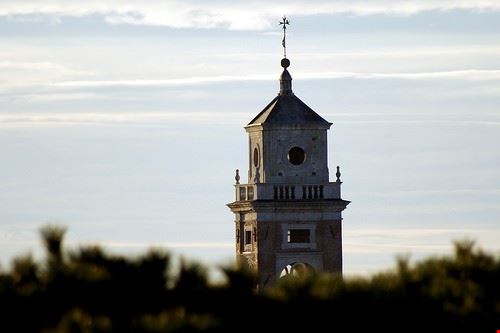 The famed Santo Stefano dei Cavalieri is located in Pisa, Italy. It was designed by Vasari. Originally constructed in 1565-69, the church was renovated with a marble facade in 1594-1606 by Giovanni de' Médici.

The two side wings of the church were originally used as changing-rooms for the knights who wore ceremonial costume for services in the seventeenth century. The rooms were incorporated in the church later.

The panels of the ceiling feature beautiful paintings that show the history and life depiction of the Order of Saint Stephen. The walls are adorned with several trophies and many captured enemy flags that remind the Turkish wars of Pisa.