Arch of Constantine in Rome 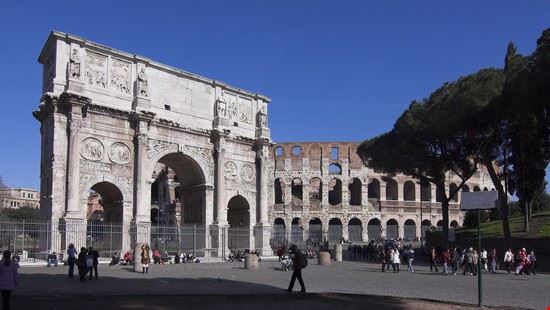 The Arch of Constantine is a triumphal arch which is situated in Rome. It stands high between the Palatine Hill and the Colosseum. It was erected to commemorate Constantine’s victory over Maxentius at the Battle of Milvian Bridge on 312.  This arch is also religiously important as it commemorates the battle which led the Emperor Constantine to convert to Christianity and which changed the religious landscape of the western world.

Do you know Rome? Tell us you opinion!

Landmarks and Historic sites near Arch of Constantine

Rome is historically magnificent and has much to do for those who seek city holidays. If you are into food more
ReviewLatestSmall-GetPartialView = 0