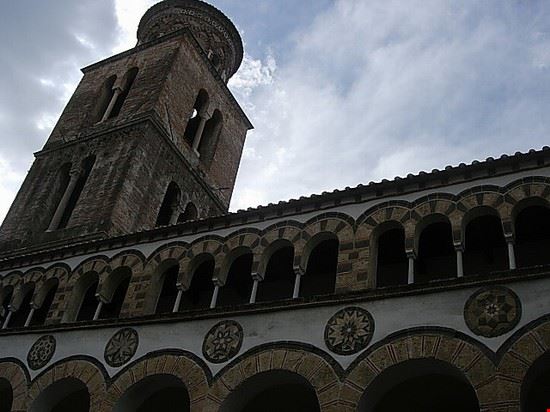 It is the main church of the city of Salerno in southern Italy. It is dedicated to Saint Matthew. The cathedral was built at the center of the Long Bard and Norman Salerno, when the city was the capital of the principality of Salerno in southern Italy.It was started by Robert Guiscard in 1076 and was sanctified by the pope GREGORY VII in 1085. The most striking feature is the bell tower (mid-12th century) standing 56 m high and made in Arabic-Norman style.The cathedral has a crypt holding the remains of Pope George VII, St. Matthews which is a groin vaulted hall with a basilica-like plan divided by columns under the design of Domenico Fontana in 1606-1608.

Do you know Salerno? Tell us you opinion!