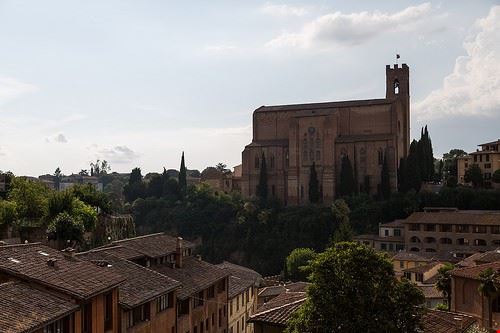 The Basilica di San Domenico is a 13th century building and is also known as Basilica Cateriniana. This basilica church is considered as one of the most significance in the city. The construction of the basilica began in 1226 to 1265 and was enlarged in the 14th century in a Gothic style. It was also built as a large structure in bricks and has a lofty bell tower to its left.