Castles in Vieste: tourist information about Fredrick’s Castle in Vieste 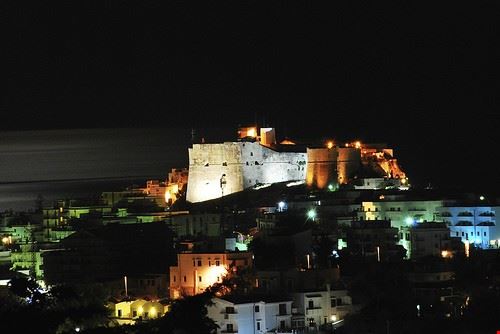 Built by Emperor Fredrick II, this castle was built to defend the city walls against the Turkish Fleet. It is simple in its appearance with peculiar arches over the door and the spear shaped Hip rafter.

The castle itself had a very eventful life, from being destroyed and pillaged by Sarancens who ordered mass deportation of the people to being reduced to rubble by the earthquakes. It is now occupied by the military however guided tours inside are organized.

Do you know Vieste? Tell us you opinion!

it would bin awesome if I wasn't sick the whole entire trip. more
ReviewLatestSmall-GetPartialView = 0