×
Notice
This website or its third-party tools use cookies, which are necessary to its functioning and required to achieve the purposes illustrated in the cookie policy.
If you want to know more or withdraw your consent to all or some of the cookies, please refer to the cookie policy.
By closing this banner, scrolling this page, clicking a link or continuing to browse otherwise, you agree to the use of cookies.
To accept | Read more
Palermo
The whole website** 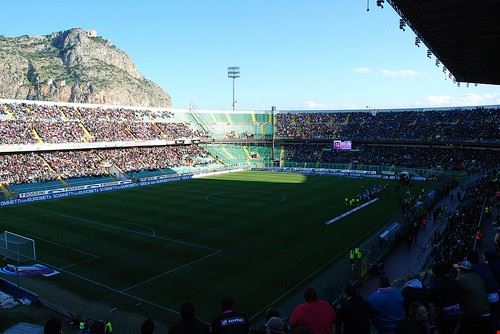 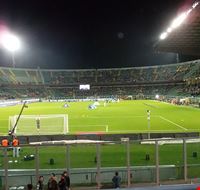 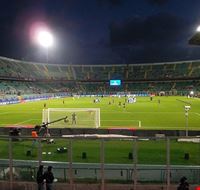 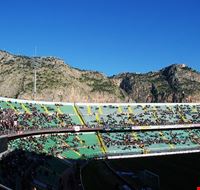 The main stadium of Palermo is dedicated to Renzo Barbera, president of the Palermo team in the decade of 1970-1980. The stadium is also known by its old name of La Favorita, after the estate of Ferdinand I of Bourbon, which is closeby.

It was inaugurated in 1932, the year of the historical first promotion of Palermo to Series A, and since then it has hosted mainly home games.

It was also the scene of other important events: some matches of the 1990 Italy World Cup were played there, as well as the final of the European Super Cup in 1997, and some memorable performers were hosted there, such as Frank Sinatra and Duran Duran.

Following renovations made in 2010, the stadium can now accommodate nearly 40,000 spectators.

Located between the viale del Fante, the piazzale Enrico La Loggia and the Ippodromo della Favorita, the stadium can be reached either by public transport or by car, either by following the A19 (Palermo-Catania) or from the port of the city.

Robert Bale
The Arabic influence can be seen in most of the structures around the city; it is treasure trove of oratories, more
ReviewLatestSmall-GetPartialView = 0,0040038