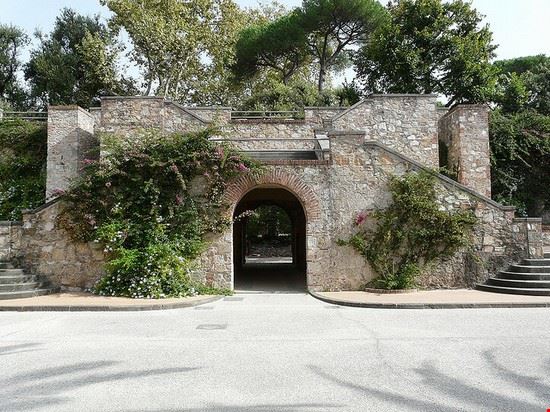 The Fortezza Nuova is situated on the Lungarno Fibonacci and, in the past, was an important defensive place for the city. In fact, ancient city walls passed through this area, wlls which started from a fortified bridge arriving until the southeastern part of the city.

Florentines built it from the beginning of the fifteenth and early sixteenth century, when they conquered twice the city of Pisa. The main purpose was to prevent further possible uprisings by the Pisans against the Florentine government .

The bastion was restored after the Second Florentine conques which damaged it, and at that time it was enlarged and equipped with a powerful system of ramparts around the square tower. A moat crossed by a bridge separated the fortress from the city.

In 1798 Scotto family bought the Fortress transforming it into the garden. The giant plane tree that stands in the middle of the garden was planted on the occasion of a play by Carlo Goldoni .

The garden became a public park in the 30s of the 900 and since then sometimes hosts exhibitions and theatrical performances.