The Four Corners in Palermo

Palermo Streets and Neighbourhoods: information about The Four Corners 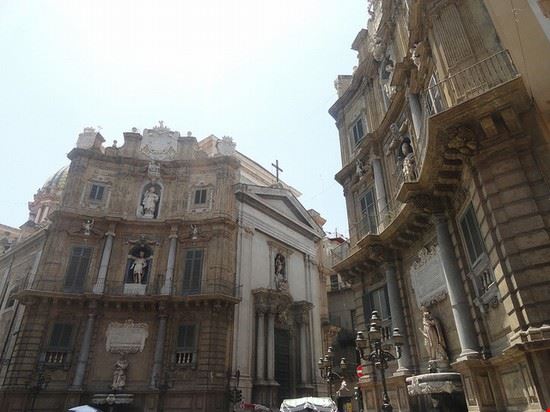 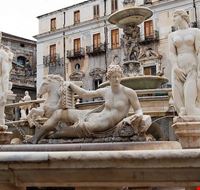 At the intersection of Via Vittorio Emanuele and Via Maqueda you will find the Quattro Canti, one of the main squares of the city. The fame of the square is also due to the fact that it is the crossing point of two very important streets of Palermo: Via Vittorio Emanuele connects the beautiful Palace of the Normans to the sea. The unusual name of this piazza is derived from the four corners where there are seventeenth-century facades of beautiful buildings. They bear the classic division of styles into three superimposed orders (Doric, Ionic and Corinthian). At the center of each facade there are fountains with statues of the four seasons.

The square is also known by the names of Piazza Vigliena and Octagon (or Theater) of the Sun, the latter name was given because during daylight hours at least one of the buildings is always lit by the sun.

The square was one of the main locations for the filming of Palermo Shooting in 2008.

The traditional center of Palermo is called as “Quattro Canti” or the Four corners. It is situated at the intersection of Corso Vittorio Emanuele and Via Maqueda. This makes it the oldest historic site in the city. This square is... more popular for dining, city walk sightseeing and also for shopping. This square is also close to the main sights and is right at the heart of the city. Since 1600, it existed and due to new town plans, the city got divided into four sections.
AttractionDetailReviewList-GetPartialView = 0,0156258

Streets, Squares and Neighbourhoods near The Four Corners