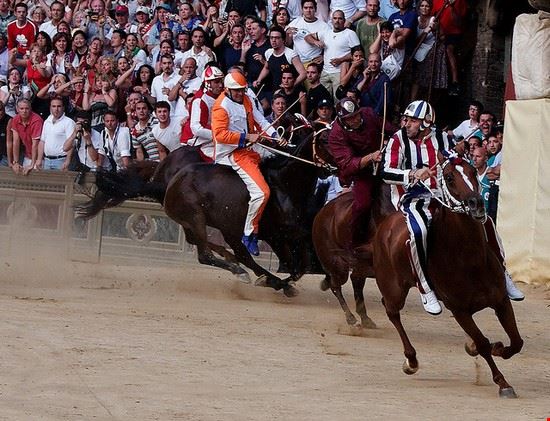 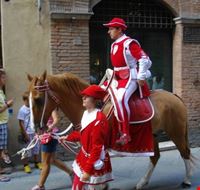 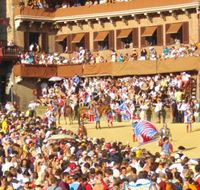 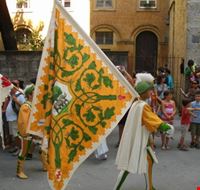 II Palio is also known as Palio di Siena and is a horse race held twice per year on 2nd of July and 16th August in Siena, Italy. On such horse races, around ten horses and riders dressed in colorful attire, represent ten of the seventeen Contrade. The race held on 2nd July is Palio di Provenzano, which is in honor of the Madonna of Provenzano, and on 16th August, it is named as Palio dell’Assunta, which is in honor of the Assumption of Mary. On such race, the jockeys ride bareback circling the Piazza del Campo, where a thick layer of dirt is laid, three times and lasts no more than ninety seconds.

Robert Bale
Most of Siena’s original constructions are from brick. Most of the fortified medieval town still stands within the modern city. more
ReviewLatestSmall-GetPartialView = 0