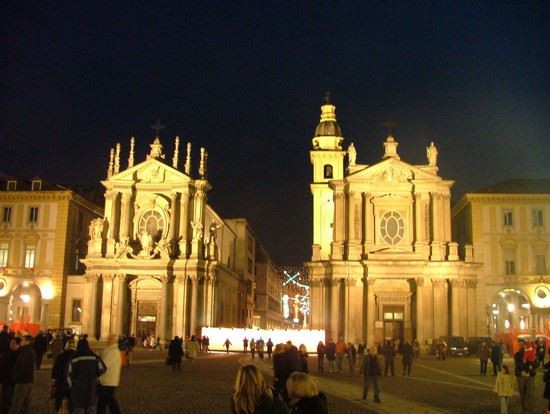 Piazza San Carlo is a long parade of a squared which is headed by two churches at one end and has row of arcades along each of its long sides. Considered as the most beautiful squares of Turin, this parade and market square is the grandest and the most stunning place in this city.

Built during the mid 17th century and designed by Carlo Di Castellamonte, the architect, the square is also named as Piazza Reale and was sculpted in 1838. This square is topped by the San Carlo and Santa Cristina churches to its south and the Palazzo Solaro del Borgo to its east.

Do you know Turin? Tell us you opinion!