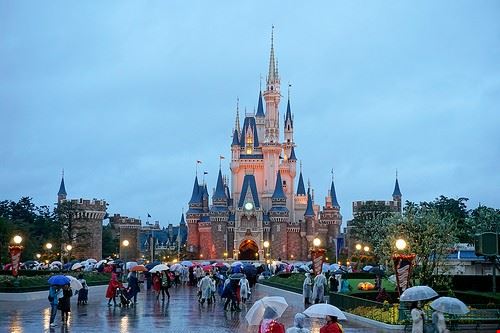 The Disney Resort is a recreational theme park situated in Chiba, Japan.

The Tokyo Disney Resort is a part of the Walt Disney Company and was opened in April 1983. It was the first Disney Park opened outside the United States and has three sections, Tokyo Disneyland, Tokyo Disney Sea and Ikspiari.

Perfect for an excellent family vacation, Tokyo Disney Resort has everything from theme parks and hotels to eateries and shopping arenas. Attractions at the Tokyo Disneyland include World Bazaar, Fantasyland, Adventureland and Tommorowland. Tokyo Disney Sea boasts of several live performances like the BraviSEAmo (which makes use of water and fire) and Mystic Rhythms. Ikspiari is a hub for shopping, eating and watching movies. Known for the uniqueness of its goods as well as food, it also houses one of the largest cinema complexes in the world.