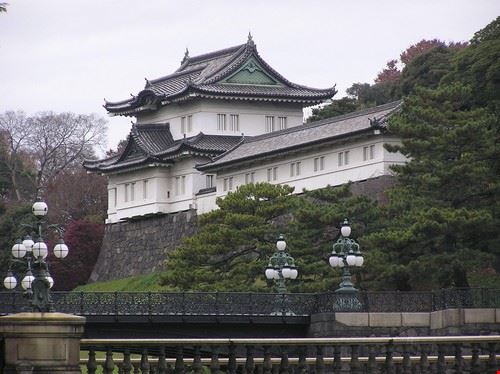 Located in Chiyoda-ku, the Tokyo Imperial Palace is the majestic palace of Japan.

Known to be the abode of the Emperor of Japan, the palace is said to be spread across an area of 3.41 square kilometres.

The original palace was not built on the East Garden. The Imperial court shifted to Tokyo from the Kyoto region after the resignation of Tokugawa Yoshinobu and the Meija Restoration.

During the 1960s, the palace was re-built with modern style that reflected Japanese architectural references.

The Imperial Palace was constructed by the Takenaka Corporation.

The majority of the palace is usually inaccessible to the public. However, the Imperial Household Agency organizes tours. The visitors can also take a trip in East Gardens.

The inner region within the palace is accessible to tourists during the New Year and the Emperor’s birthday.

The Museum of the Imperial Collections is also worth visiting.

During the height of the Japanese property bubble in 1980s, the palace was supposedly treasured as equal to the worth of all the real estate in the state of California.