City Guide about Nairobi with tips and reviews by travelers. 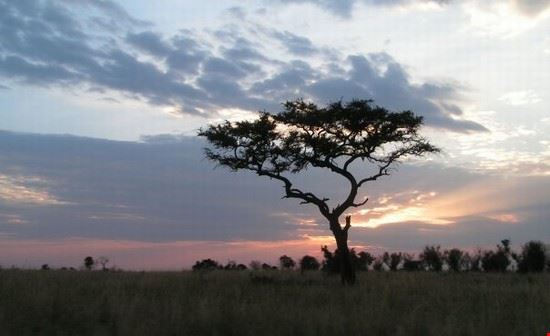 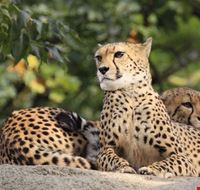 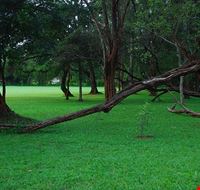 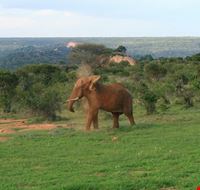 GuidePdfAppDownloadRow-GetPartialView = 0
Nairobi, Kenya’s capital, is situated at an elevation of about 1660 metres in the highlands of the southern part of the country.
Located in an area once frequented by the pastoral Masai, (Nairobi comes from the Masai word, "Enkare Nyrobi" meaning the "place of cool water"), Nairobi was founded in the late 1890s as a British railroad camp on the Mombasa-to-Uganda railroad.
From 1899 to 1905 it served as a British provincial capital. In 1905 the city became the capital of the British East Africa Protectorate and in 1963 the capital of independent Kenya
Today, Nairobi is Kenya's principal economic, administrative, and cultural centre as well as one of the largest and fastest growing cities in the whole of Africa.
The University of Nairobi (1956), Kenya Polytechnic (1961), and Kenya Conservatoire of Music (1944) are here.
From the wildlife to the nightlife, Nairobi is unique: fantastic music scenes, excellent international restaurants and an endless and colourful array of shops and markets, are everywhere.
The main airport is Jomo Kenyatta International, at 15 kms out of the city centre.

Overall Guide : Every year, thousands of tourists are attracted from the Nairobi National Park, a large wildlife sanctuary on the city's outskirts, and to nearby scenic areas. Kenya National Museum, which contains wonderful fossils excavated within East African river valleys,... more a variety of stuffed bird species and many things from Kenyan culture. Snake Park, a charming Park with a variety of East African snakes that are viewed in glass cages. Other particular attractions are the Parliament buildings, the City Hall, McMillan Memorial Library, the folkloric Municipal Market and nearby bazaar, the Kenya National Theatre and the very interesting Sorsbie Art Gallery.

Overall Guide : Amazing country with very great people, enviroment is breath taking. The wildlife, the culture and evrythng is just one of its own. The rivers and lakes especialy in meru county, oh my, you gat to visit thz country. The climate... more is realy cool and not as people always say that its hot. For its totaly acceptable for anbody any time no doubt about that. I love africa continent, but most of all i cherish kenya, kudos

Overall Guide : This is wonderful, Kenya can offer such scenic environment? I must travel and see with my own eyes. Right from the coast to the Top of Mt. Kenya and from the Lake Victoria to the east. I can see the... more beauty of my beloved Nation. We must arise and build our great Nation. Let our children learn to love each other from us loving one another.
Not to be missed Nairobi National Museum , Maasai Mara National Reserve , Ecotourism

Overall Guide : Public transport has been ignored by the goverment causing much loss in man hours as many people avoid the dirty and unreliable MATATU and drive their many small cars to and from work. I would suggest that the goverment invests... more more in mass passenger ferrying than road expantion. A case in point is the thika super highwa, where the number of vehicles have increased threefold since the expantion started.
Not to be missed The safaripark

Overall Guide : I LOVE NAIROBI CUZ IT'S A PLACE OF GOOD PEOPLE. I WISH TO ONE DAY BE THERE CUZ I REALLY CHERISH THERE. MAY GOD BLESS NAIROBI THE MORE, MAY HE ALSO BLESS NIGERIA MY BELOVED COUNTRY. AMEN! GOOD PEOPLE OF... more NAIROBI, KENYA, I LOVE YOU ALL. THANK YOU ALL ESPECIALLY FOR THE UNITED STATES INTERNATIONAL UNIVERSITY IN NAIROBI, I REALLY WISH TO STUDY THERE. BLESS YOU ALL ONCE MORE. AMEN!
Not to be missed Excursion

Overall Guide : The environment ranges from excellent to bad and has the highest number of learning institutions. A good place to establish a business opportunity. security has improved drastically and traffic jam has also reduced with the completion of Thika super-highway. I... more found it also a good place to spend a holiday.

Overall Guide : Nairobi is a place that can be what you want to experience, it caters for all cadres of economic class of people in all matters, health, business, transport, entertainment. And to top it all it isn't that expensive. At least... more all varieties of indulgence are available to all even though some can afford it one night a year it is available.
Not to be missed Giraffe Center & Elephant Orphanage , Carnivores , Uhuru Park

Overall Guide : Nairobi is now a very safe tourist destination with varied attractions. It enjoys a very dynamic human cultures. The transport system is efficient with roads, rails and airports within it. The management is awesome under able leadership of governor Dr.Evans... more Kidero and his deputy Mr Jonathan Mueke.