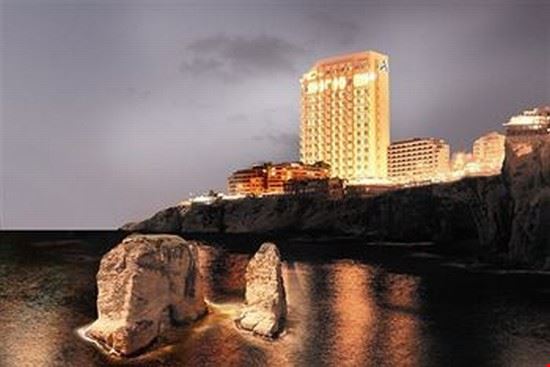 The Raoucheh area of Beirut (sometimes spelt Raouche) is to be found on the western coast and is famous primarily for the rock formation to be found here just offshore, Pigeon Rocks. The area is largely oriented around this attraction and it is the opinion of some travellers that there really isn’t much else to do here.

This though would be to overstate the matter. The Rocks themselves are stunning and interesting and it is certainly worth the time to relax along the promenade or get a coffee at one of the many coffee shops perched on the edge which offer spectacular views. But the surrounding area itself will also be a natural home for some people thought others deplore it as uninteresting or too crowded.

It is true that the traffic can be a little overwhelming once you move away from the coastal path, this area, from which the remains of the oldest known inhabitants of Beirut were recently unearthed, has plenty more to offer in terms of people-watching, shopping and relaxing. My recommendation would be to take a coffee and some shisha and just watch the world go by.

Do you know Beirut? Tell us you opinion!