×
Notice
This website or its third-party tools use cookies, which are necessary to its functioning and required to achieve the purposes illustrated in the cookie policy.
If you want to know more or withdraw your consent to all or some of the cookies, please refer to the cookie policy.
By closing this banner, scrolling this page, clicking a link or continuing to browse otherwise, you agree to the use of cookies.
To accept | Read more
Mellieha
The whole website**

City Guide about Mellieha with tips and reviews by travelers. 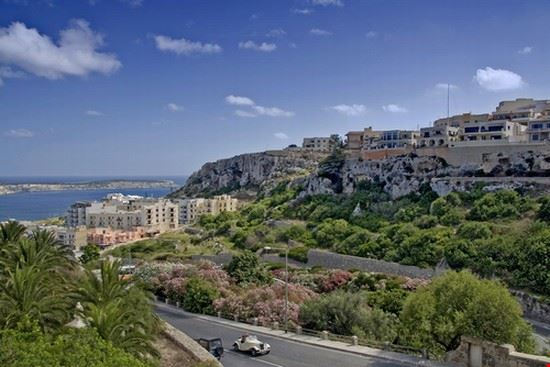 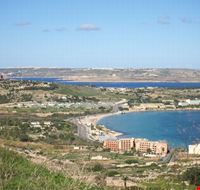 GuidePdfAppDownloadRow-GetPartialView = 0,0030026
Mellieha is a large village in the north-western part of Malta, the largest island of the Republic of Malta. This village of approximately 7,500 inhabitants is a popular resort town in the summer.
Like the rest of the island, Mellieha too enjoys a warm climate with ample sunshine throughout the year. In July and August, the average temperature during the day is 30°C; winters are mild.
Through the Middle Ages the area was subjected to many raids and thus remained largely uninhabited. But, towards the end of the Middle Ages, it was fortified and a church was built which attracted lots of pilgrims.
Mellieha is sheltered by a long range of hills. A large section of its population still leads a rural life with hunting and fishing being their main occupation.

Overall Guide : Mellieha is a village in the north of Malta. It has a a very popular sandy beach down the village about 15 walk downhill or you can take the many frequent busses. Here people in Mellieha are very friendly,a lot... more of bars restaurants entertainent, beautful sea and country views. It is popular both in summer and winter. Summer is very nice, the popular village feast in the big main square in front of the church is on the 8th of September. Many tourists and maltese mix together and enjoy food, bands and fireworks.

Overall Guide : Stayed there a couple of times and have no hesitation in going back. Roads are a bit narrow and busy - i wouldn't drive there. Good choice of places to eat and reasonably priced.

Overall Guide : Mellieha is a lovely town with terrific services, a beautiful beach and great transit access to the rest of Malta.
Not to be missed Hajar'Im , M'dina , Hypogeum
IntroReviewListContainer-GetPartialView = 0,0120115