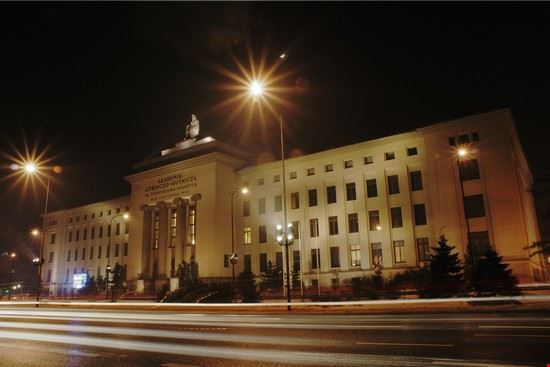 Krakow is fast becoming the “new Prague” with the city’s pubs, bars, and nightclubs picking up on the new reputation, too.  Krakow’s cocktail culture has received a facelift of sorts, with more painfully hip lounges and art-deco bars popping up in the city more often.  If you are looking for an upscale night in Krakow, you won’t be disappointed.

One of the best hotspots in the city is Qube, located in the Sheraton Hotel’s showpiece atrium.  It’s where all of Krakow’s beautiful people come together, with excellent cocktails fixed by a great bar staff (the waitresses aren’t so bad either).  Paparazzi is another great place to start off any night with multiple big-screen televisions, a cool atmosphere and above-par cocktail list.  It’s also a great place for anyone celebrity-obsessed with pics of celebs plastered all over the place.

If you’re still feeling funky and fresh while the night is young, then check out some of Krakow’s coolest nightclubs.  Frantic features good house music, while Fusion has R’n’B nights on Fridays.  Rdza, if you can pronounce it correctly, is another good hotspot that hosts international DJs and Midgard is a local favorite that’s been touted as one of the best clubs in town.

You came to Krakow for the culture and history, but you didn’t think you’d come to the world’s highest density of bars and pubs of any World Heritage site.  From what we hear, Krakow boasts 200 bars alone, some... more of them grungy basement pubs while others are upscale drinking establishments that bring in the city’s tragically hip crowd.  Just like Poznan and Gdansk, Krakow is a University town with students that scatter like ants looking for the cheapest watering hole in town.  If you’re traveling on a budget, you’re in luck because there are plenty of hole-in-the-wall pubs that won’t leave you broke while having a good time.  Fun music and cheap drinks can be found at Bledne Kolo, Goraczka or Lubu-Dubu.  If you’re looking to fit in with the hipster crowd, check out Miejsce, Dym, Pauza, or Piekny Pies, which translates to beautiful dog.  A pint of the good stuff at these joints will cost you about 7 or 8 zl.
AttractionDetailReviewList-GetPartialView = 0

Do you know Kraków? Tell us you opinion!