×
Notice
This website or its third-party tools use cookies, which are necessary to its functioning and required to achieve the purposes illustrated in the cookie policy.
If you want to know more or withdraw your consent to all or some of the cookies, please refer to the cookie policy.
By closing this banner, scrolling this page, clicking a link or continuing to browse otherwise, you agree to the use of cookies.
To accept | Read more
Cracow
The whole website** 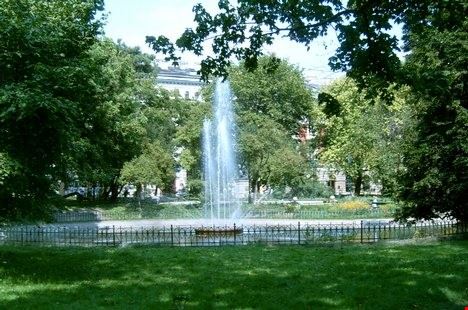 Over 2.5 miles long, The Planty City Park in Krakow encircles the Old Town district where the medieval city walls used to stand and is a great place to take a nice, leisurely stroll in one of the more quiet, peaceful areas of the city and is also the home of many open-air concerts during the summer season.  Inside the park there is a Palace of the Arts, the Juliusz Slowacki Theater and the Barbican.  The park also leads to nearby Wawel Castle.

The park took a big blow during the World War II years and wasn’t fully restored until 1989.  The park consists of about thirty gardens and takes about thirty minutes to circle.  Unlike the nearby Jordan Park, there aren’t really any recreational activities available for tourists and families with small children.  In fact with many vodka enthusiasts and other sketchy characters occupying the park benches after hours, it can become an uncomfortable and unsafe place to visit after hours.

Do you know Cracow? Tell us you opinion!

Parks and gardens near Planty Park

sabrina
A beautiful city, readily accessible. The services offered by the tour guides are excellent; they give ample knowledge of the more
ReviewLatestSmall-GetPartialView = 0,0040039