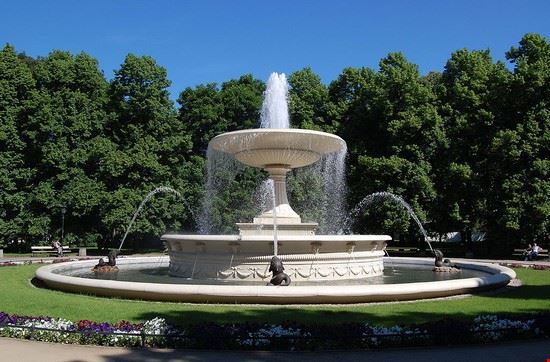 The Saxon Garden is a 15.5 hectare public garden situated in Warsaw, Poland.

Known as the oldest public park in the city, it was founded in late 17th century, opening in 1727 for the public. This garden is known as one of the first publicly accessible parks in the world.  Initially designed in a baroque French style, the park was turned into a romantic English style landscape park.

It was reconstructed post World War II after it was destroyed during and after the Warsaw Uprising.

Do you know Warsaw? Tell us you opinion!