City Guide about Torremolinos with tips and reviews by travelers. 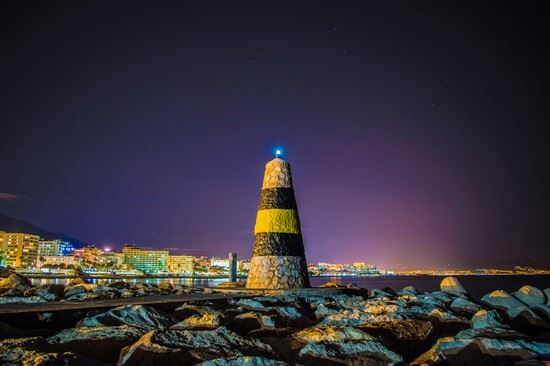 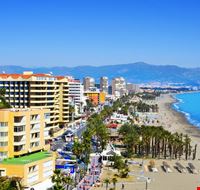 GuidePdfAppDownloadRow-GetPartialView = 0
The city of Torremolinos is located on the Costa del Sol coast of Spain, bordering the Mediterranean Sea. It lies in the province of Málaga, to the west of Málaga city.
Torremolinos has an idyllic location, with its proximity to the sea and many beautiful sandy beaches. The climate is mild and equable with mean annual temperatures of 19°C. July and August are the warmest months and December and January, the coldest. Some rainfall is experienced in the winter months.
The city has a population of approximately 55,000. Although it is now a bustling tourist resort, just forty years ago, it was a sleepy fishing village. Glimpses of the city’s leisurely past can be seen at the La Carihuela where many of the original cottages still exist.

Overall Guide : Torremolinos was the first of the resorts to develop on the Costa del Sol. Over the years, it has evolved into an attractive city noted for its clean sandy beaches, wide choice of hotels and restaurants, variety of entertainment, leisure... more activities and lively nightlife. In addition to swimming and sun bathing, one can indulge in water sports such as windsurfing, paragliding, water skiing and pedal boating. The Paseo Maritimo is a seven-mile-long promenade along the coastline and is one of the star attractions of Torremolinos. Taking long leisurely strolls along it is a favourite pastime of both visitors and locals. The Aquapark near the Palacio de Congresos has Europe’s largest water-slide and is very popular with children. The Calle San Miguel is a bustling shopping area with its own distinctive Old World identity. The Torre de Pimentel is a fourteenth century watchtower that provides a fascinating view of the city and the sea.

Overall Guide : Torremolinos became very affordable. You can drink and eat very inexpensively... Many restaurants dropped their prices since the crisis has started. We had lovely tapas all over Torremolinos, with especially good ones and very budget served at Matahambre restaurant (near... more hotel Cervantes) and El Gato Lounge on beach promenade, near hotel Melia. There are some very nice nightclubs opened in Los Alamos area, beach clubs like Cafe del Sol and Kokun are very funky and popular with Malaga crowd.
Not to be missed Plaza Mayor shopping mall , Crocodile Park , Playa La Carihuela

Overall Guide : Nice loaction, safe, with lots to do!

5
The biggest club in town
1 vote