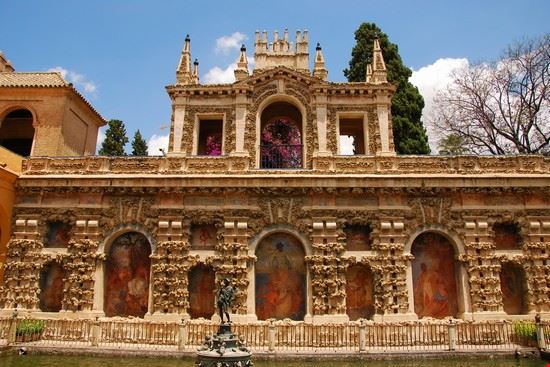 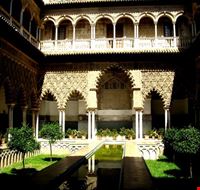 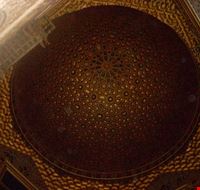 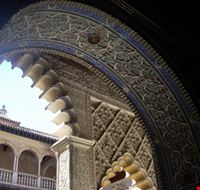 The Alcazar is a royal palace and an architectural wonder in Seville, Spain.

Originally a fort, the Alcazar is now one of the best existing examples of traditional architecture. Most of the castles from the Moorish dynasty have turned into ruins except for the Alcazar, which is still a royal residence and has been preserved with all its grandeur.

The palace has various delightful features, the most significant among them being the pools and fountains. Also, visitors can marvel at the charming architecture which shows the intricacies of design followed in those days.

In the cellars of the palace, visitors will find the Alcazar Baths, the loveliest pools in the palace. Interestingly, there is a tradition to throw coins in the pools for good luck.

Surrounding the palace are the English Garden and Poet’s Garden, one of the best sights of the place.

The Alcazar of Seville is a royal historical palace in Seville. It was originally a Moorish fort and Alcazar is an Arabic word which meant palace. This beautiful palace is one of the best remaining illustrations of mudejar architecture. There... more are also consequent monarchs which have been added to the Alcazar. The upper levels of this building are used by the royal family as the official Seville residence and which are administered by the Patrimonio National.

Do you know Seville? Tell us you opinion!

Landmarks and Historic sites near Alcazar

sara spiniello
I went to Seville in June last year. It was the right time to go, the temperature was mild but more
ReviewLatestSmall-GetPartialView = 0